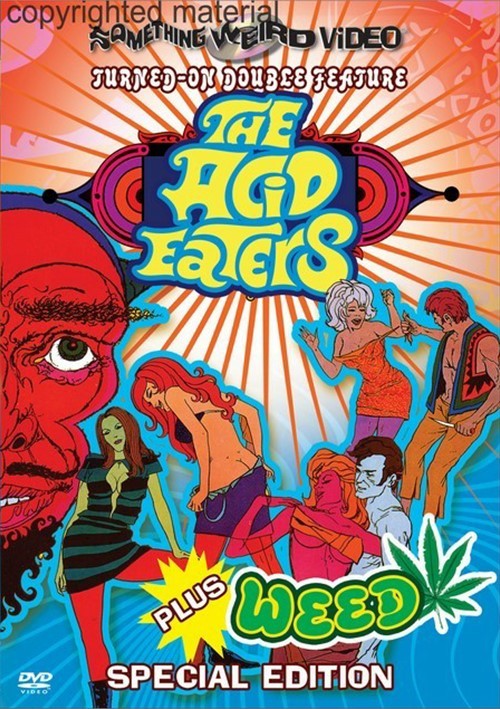 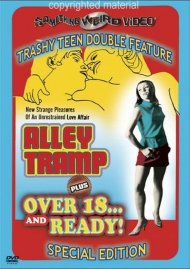 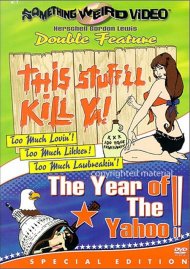 This Stuff'll Kill Ya! / The Year Of The Yahoo (Double Feature) 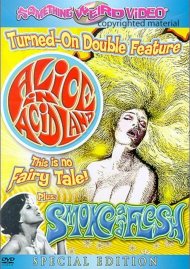 Alice In Acidland / Smoke And Flesh

Buxom skin-goddess Pat Barrington (Mantis In Lace) is just one of The Acid Eaters, a bunch of 9-to-5 working stiffs who become drug-crazed bikers on the weekend! After Miss Barrington kills a gal pal in a catfight and the deceased inexplicably returns as a girlfriend for wacky artist Artie, the group enters a pyramid of giant LSD sugar cubes (!) which is also the entrance to Hell (!!) where Artie suddenly turns into The Devil (!!!) and everything explodes into one big Acid Orgy... Whoa. Easily the Sixties' most insane mix of sexploitation and psychedelia, David F, Friedman's The Acid Eaters is soooooo out there that even the strongest of minds may become unhinged.

In response to President Nixon's Commission on Marijuana and Drug Abuse, adult filmmaker Alex de Renzy weighs in with Weed, his take on "The Great American Grass Problem" in which he interviews customs agents and drug dealers, travels to Vietnam ("Just ask for Number One cigarettes!"), Cambodia (in search of "Cambodian Red"), and Nepal (where shops offer tourists "Best Quality Hashish at Cheapest Rate"), and finds marijuana growing wild in Missouri. "It's not that we don't trust this distinguished group of men, but there's a lot more to this grass story. So, as a public service, we thought we'd check out some of the numerous rumours about Killer Weed!"

Original Theatrical Trailer for The Acid Eaters
Bonus Acid-Tinged Trailers for: The Hard Road, Have You Ever Been On A Trip?, Sign Of Aquarius, and Smoke And Flesh!
Sal Mineo Narrates the Psychedelic Truth about Acid in Classroom Scare-Film #1: LSD: Insight or Insanity?
Beyond The Valley Of The Dolls' David Gurian is among the Victims of Drugs & Alcohol in Classroom Scare-Film #2: A Crutch For All Seasons!
Gallery of David F. Friedman Exploitation Art!