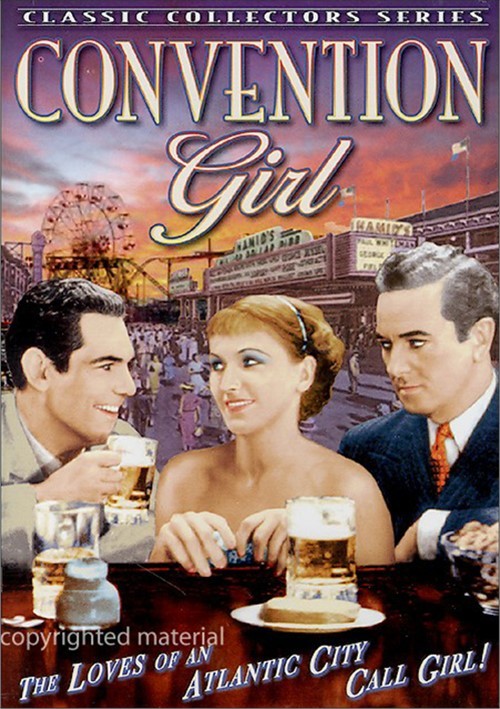 The Loves of an Atlantic City Call Girl!

Beautiful "Babe" Laval presides over a bevy of curvaceous call girls in Atlantic City, where convention-going men with loose wallets and morals are plentiful. At ease in the clubs and backroom casinos, Babe handles her business with a smooth, sure hand. She's the queen of her world, but she dreams of escaping from it into a normal life, marriage and a home. The only real man in her life, Bill Bradley, runs a local underworld gambling house, and his career puts a chill on his chances of being a serious catch. Babe's future looks grim until she meets wealthy businessman Ward Hollister. Sparks fly when Babe looks to Hollister as a possible ticket out of Atlantic City, but her old beau Bradley has different ideas.

Shot on location on the boardwalk and Steel Pier in 1930's Atlantic City, Convention Girl is an unblushing, unapologetic glimpse into the tawdry and tarnished "glamour" of the shadowy side of the once and future east coast capitol of gambling and tourism. With water ski shows and a diving horse as backdrop, the film offers plenty of fascinating footage of the seaside resort in the unsettled years between the Great Depression and World War II.