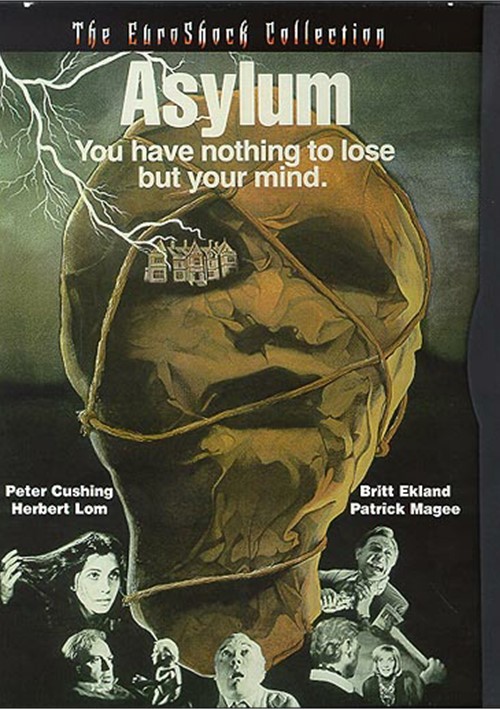 You have nothing to lose but your mind.

From England's celebrated horror specialists Amicus Studios (The East Must Die, And Now The Screaming Starts, Tales From The Crypt) and American screenwriter Robert Bloch (the novel Psycho) come four jolting tales of terror and insanity. Inmates in the "House of Crazies" tell their personal horror stories to the facility's new, young administrator (Robert Powell), who must guess which one of the psychopaths was his predecessor! Each tale becomes more grisly than the previous, leading up to an ending that will shock even the most jaded fan. One of the best anthology horror films of the 1970s, Asylum features vengeful, dismembered body parts, a supernatural suit made for a occult-worshipping, grieving father (Peter Cushing), a woman (Charlotte Rampling) haunted by an elusive double and a scientist (Herbert Lom) who seem to have transferred his mind into the body of a mechanical doll. With a wry sense of black humor to complement its many chills, Asylum will dwell in the minds of its viewers long after they watch it.