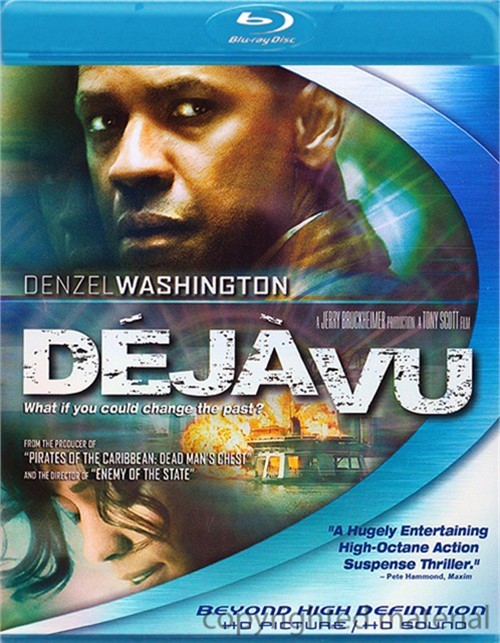 Denzel Washington producer Jerry Bruckheimer and director Tony Scott ignites a firestorm of excitement with Deja Vu on Blu-ray DiscÂ®. This powerful, fast-paced action-thriller will "keep you bolted to your seat" (Pete Hammond, Maxim) as it blows you away in this jaw-dropping format.

Called in to recover evidence after a horrific explosion, Federal agent Doug Carlin (Washington) is taken to a top secret government lab that uses a time-shifting device to help prevent crime. But can it change the past? Negotiate ever mind-bending twist and turn with visually spectacular 1080p, while the walls tremble around you in 5.1 48kHz, 16-bit uncompressed audio. You'll have a blast experiencing it again and again in Blu-ray High Definition!