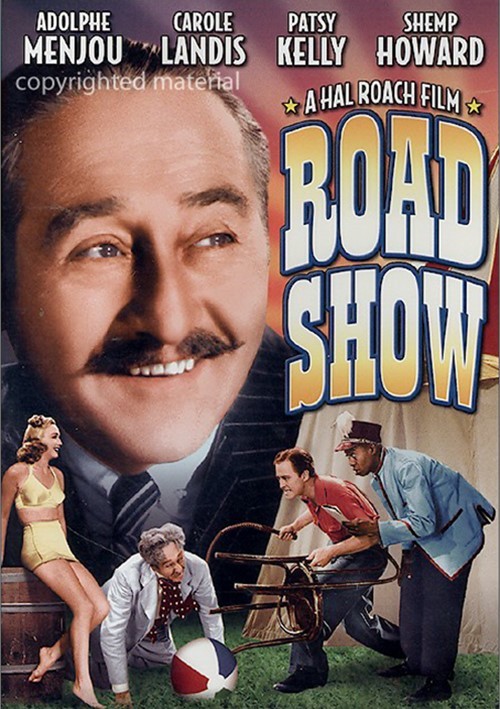 When super-rich Drogo Gaines feigns madness at the altar to escape the marital clutches of a gold-digger, the jilted bride has him committed to an asylum. Unable to convince the doctors of his sanity, he falls in with wily old Colonel Carleton Carroway, and the two "lunatics" make a daring escape. The fugitives take refuge in a cash-strapped traveling circus owned and managed by beautiful Penguin Moore. Drogo keeps his identity a secret from the circus folk, but with his angry fiancÃ©e and a suspicious sheriff on his trail, trouble is in hot pursuit.

Beautiful Carole Landis and handsome John Hubbard are the romantic leads in 1941's Road Show, but the real star of this mad-cap comedy is Adolphe Menjou, who plays eccentric Colonel Carroway with Groucho Marxian glee. Nominated for an Oscar for his performance in 1931's The Front Page. Menjou specialized in scene-stealing supporting roles in such great films as A Farewell to Arms (1932) and A Star is Born (1937). His last acclaimed screen appearance was as the embittered General Broulard in Stanley Kubrick's 1957 anti-war masterpiece, Paths of Glory.