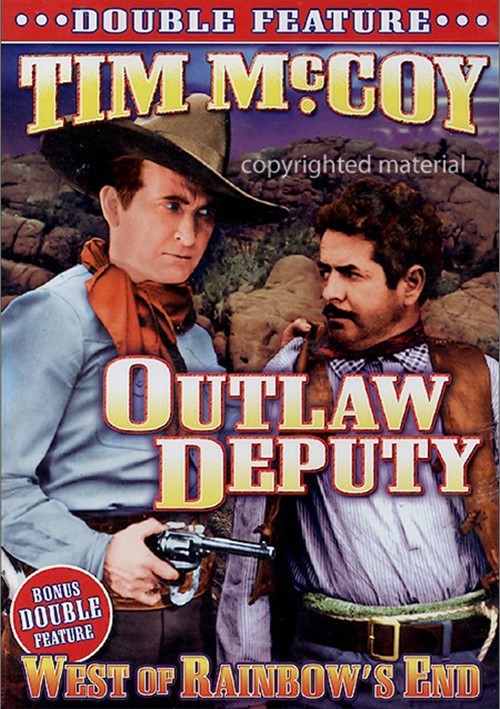 When his friend is murdered by outlaw Bill Sanderson, Tim Mallory exacts vengeance by leading a band of "outlaws" on a string of stage robberies and cattle rustlings, taking only what the killer has previously stolen from others. Once the score is settled, he disbands the gang, but some of his men aren't ready to give up the bad life. After breaking up a payroll heist perpetrated by one of his ex-gang members, Tim is elected deputy sheriff of Goldland. His efforts to clean up the town run afoul of local crime boss Howger, who learns of Mallory's "outlaw" past and makes plans to exploit that dark secret.

Tim McCoy is at his quick-drawing best under the two-fisted direction of Otto Brower, who later supervised second unit sequences for such 20th Century-Fox classics as Jesse James (1939), Stanley and Livingstone (1939), and The G of Wrath (1940).

Retired railroad detective Jim Hart is called back into action after his foster father "Lightnin' Ed" is killed during a hunt for a gang of train bandits led by Jake Johnson. Arriving in town to investigate, Hart learns from cafe owner, Joan Carter, that her family is being pressured into selling off their property as part of an ambitious land swindle. Suspecting a link between Ed's murder and the troubles at the Carter ranch, the detective zeroes in on Johnson and his gang as they, in turn, plot to end Hart's meddling with a bullet.

West of Rainbow's End marked cowboy star Tim McCoy's return to the screen following his 1937 tour for Ringling Brothers and Barnum & Bailey Circus (McCoy's own ill-fated Wild West tent show premiered shortly after the film's release). Produced for the Monogram Pictures studio, this taut shoot-'em-up boasts impressive gunplay and such colorful six-gun dialogue as "There ain't room in this town for both of us! So git goin' and keep goin'!"