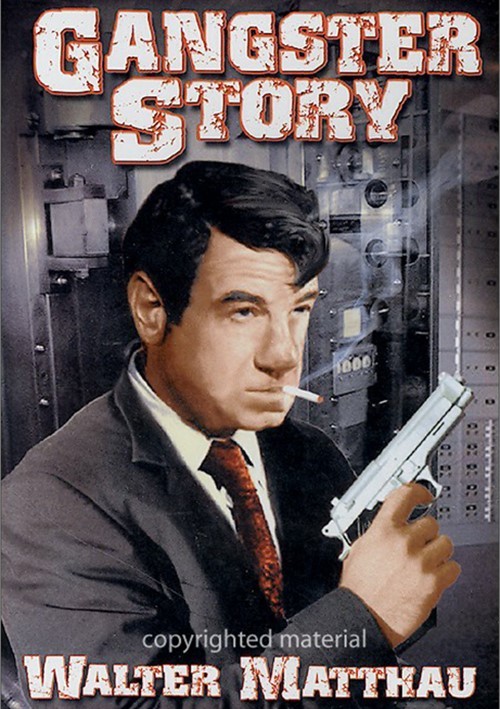 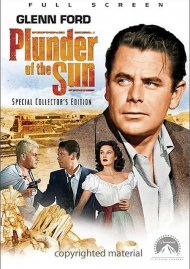 Plunder Of The Sun 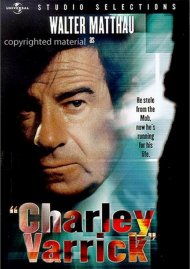 Maverick gangster Jack Martin (Walter Matthau) pulls a daring bank heist in the wrong neighborhood, drawing the unwanted attention of local crime boss Earl Dawson, who doesn't want any competition. Though the police aren't putting the heat on Jack, Dawson's thugs are closing in on him. Hoping to elude them, he ducks into a library, where he meets lonesome librarian Carol, who has a secret yen for fast-talking dangerous guys like Jack. She doesn't bat an eye when Jack casually tells her he's a bank robber.

When Dawson finally catches up to Martin, he offers him a partnership in a new crime syndicate he's starting up on the West Coast. Jack takes the gig and Carol abandons her dull daily grind to go with him. Their risky new arrangement works out fine until a country club robbery climaxes in a bloody shoot-out. Jack wants to quit his life of crime for Carol's sake, but the back-stabbing Dawson sabotages his plans by ratting him out to the police.

Gangster Story, which marks Matthau's only directorial effort, had a minimal budget, a cast of unknown actors, and his real-life wife, Carol Grace, as the female lead. This stark, gritty and violent tale of a man at the crossroads of his life provides an interesting glimpse into the "dark side" of Walter Matthau, best known for his later string of award-winning hit comedies, such as The Fortune Cookie (1966), The Odd Couple (1968), Kotch (1971), and The Sunshine Boys (1975) among many others.