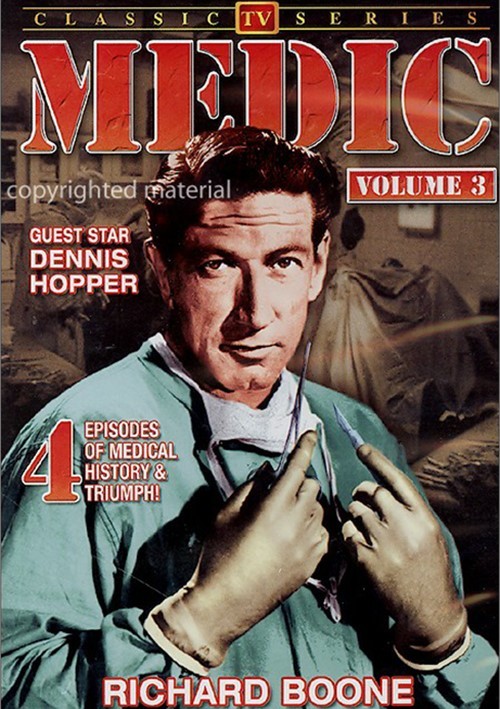 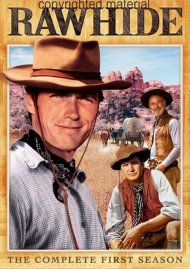 The Medic television series was one of America's first "doctor dramas." When it ran in network prime time in 1954, it was a television milestone. A pioneering, innovative and often controversial show, known for its realistic and honest portrayal of the medical profession, it featured well documented case histories "dedicated to the profession of medicine and to the men and women who labor in its cause." The four "Medic" episodes here, each one introduced by the stern yet friendly face of Doctor Konrad Styner (Richard Boone), are representative of the well-researched style that helped lead the way for so many of today's doctor and hospital-based programs.

A Flash of Darkness: A surprise nuclear attack brings unprecedented chaos and fear to doctors serving in Civil Defense units.

A Time to be Alive: Davey Stinson is a hemophiliac confined to his bedroom. Not even the safety of his own home can keep the boy from a near-death injury.

Boy in the Storm: Dennis Hopper stars as a teenager hiding from the world because he has epilepsy. When his last living relative dies, doctors must find a way to treat his illness so that he can be placed with a foster family.

Never Comes Sunday: A mother must learn to accept that the brain damage suffered by her daughter is permanent. 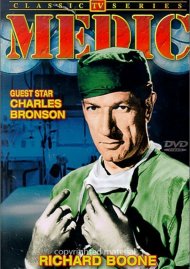 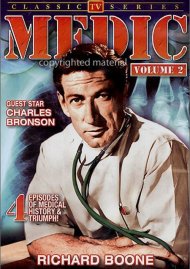