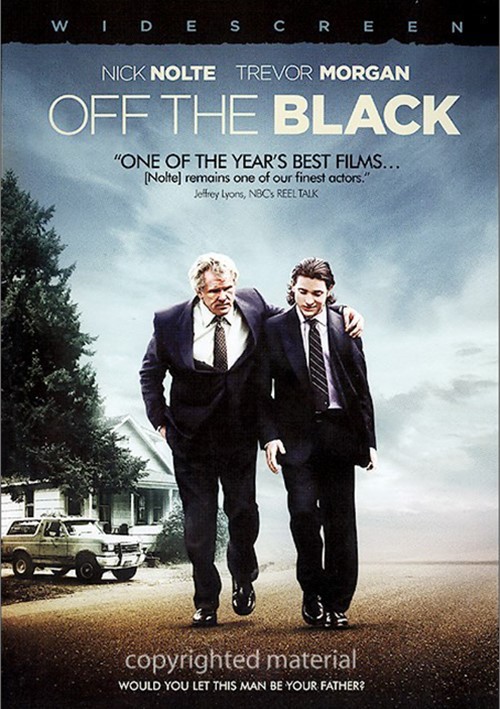 Would you let this man be your father?

Two-Time OscarÂ®-Nominee Nick Nolte stars as Ray Cooke, a disheveled, grumpy high school umpire who forms an unlikely friendship with troubled teenager Dave Tibbel, after he catches him vandalizing his home. A straightforward exchange - if Dave repairs the damage, Ray won't call the cops - becomes an ever increasingly personal relationship and enables Dave to cope with his own distant father (OscarÂ®-Nominee Timothy Hutton). As the two grow more dependent on each other, Ray asks Dave to go to his 40th high school reunion and pretend to be his son, a benevolent act of deception that winds up opening unexpected dimensions in the two men.

Review "Off The Black"

Reviews for "Off The Black"