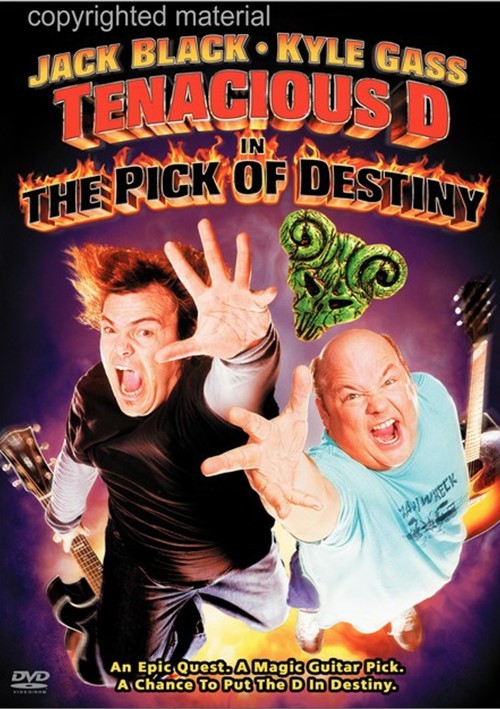 An Epic Quest. A Magic Guitar Pick. A Chance to Put the D in Destiny.

Witness the birth of Tenacious D, the greatest - and craziest - rock band ever "in a movie destined to become the most hilarious musical epic since This Is Spinal Tap" (Pete Hammond, Maxim). Featuring many A-list movie and rock star cameos, this laugh-a-minute riot is sure to have you begging for an encore.

On a fateful day in Venice Beach, JB (Jack Black) and KG (Kyle Gass) meet and realize they are destined to make history by combining their musical genius. But when overnight success eludes them, they set out to find the legendary "Pick of Destiny" - a special guitar pick believed to possess magical powers that can make any open mike wannabe a rock legend. Their epic quest, which includes run-ins with the law, sorority hotties and Sasquatch, will make you "laugh till it hurts and then you'll laugh some more" (Guy Farriss, KXTV-TV, ABC).

Review "Tenacious D In The Pick Of Des"

Reviews for "Tenacious D In The Pick Of Des"