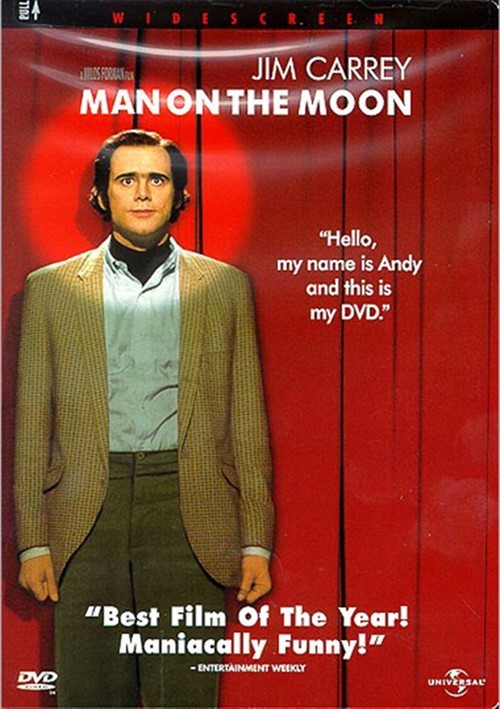 "A Comic Wallop of a Movie!" -Peter Travers, ROLLING STONE

Based on the true story, Jim Carrey stunningly portrays the late Andy Kaufman - considered to be one of the most innovative, eccentric and enigmatic comics of his time - in Man On The Moon. "Jim Carrey is extraordinary." says The New York Post. "Jim Carrey may be a better Andy Kaufman than Andy Kaufman" writes Newsweek. Also starring Danny DeVito as Kaufman's manager, Courtney Love as the woman Andy falls in love with and Paul Giamatti as his best friend. You'll stand up and cheer for Carrey in one of the year's most entertaining movies!

Spotlight on Location: The Making of Man On The Moon
Deleted Scenes
R.E.M. Music Videos Man On The Moon and The Great Beyond
Andy Kaufman: This Is HIS Story Featuring Live Performances
Theatrical Trailer
Special DVD-ROM Features

Review "Man On The Moon"

Reviews for "Man On The Moon"