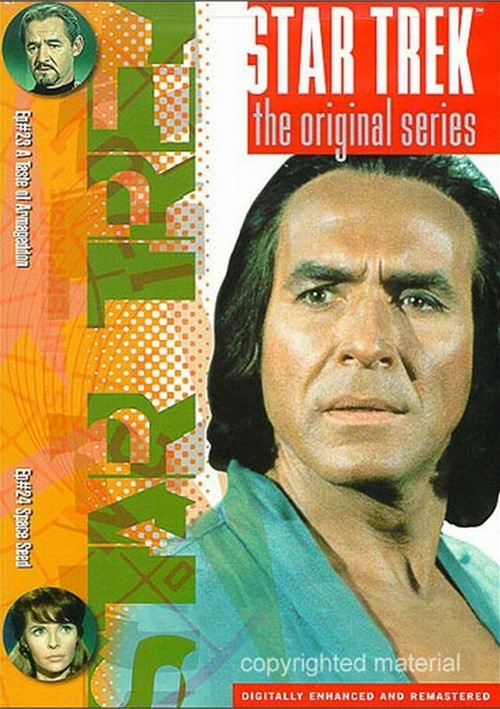 A Taste Of Armageddon: (Episode 23)

The U.S.S. Enterprise is declared a war casualty! Kirk is warned not to approach Eminiar VII, but Ambassador Robert Fox (Gene Lyons) insists they continue on course to establish diplomatic contact. There they learn that war has raged between Eminiar VII and nearby Vendikar for 500 years - a war fought by computers! Whenever a "hit" is proclaimed, citizens dutifully march to desintegration machines. When the computer declares the U.S.S. Enterprise "destroyed," Kirk and company are taken hostage, and ordered to face death!

Meet the original Khan! The U.S.S. Enterprise encounters the S.S. Botany Bay, a 20th century Earth "sl--per ship" adrift in space. The leader of the surviving crew, Khan Noonian Singh (Ricardo Montalban) is revived and immediately plots to take over the U.S.S. Enterprise! A product of the 1990s race of genetically engineered "supermen," Khan has extraordinary powers, both mental and physical. Will they prove too much for Kirk? This episode led to the sequel movie Star Trek II: The Wrath Of Khan.