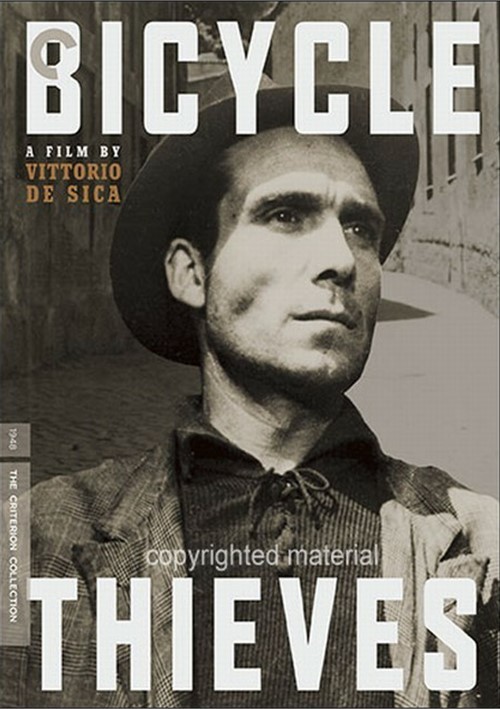 Hailed around the world as one of the greatest movies ever made, Vittorio De Sica's Academy Award-winning Bicycle Thieves defined an era in cinema. In postwar, poverty-stricken Rome, a man, hoping to support his desperate family with a new job, loses his bicycle and main means of transportation for work. With his wide-eyed young son in tow, he sets off to track down the thief. Simple in construction and dazzlingly rich in human insight, Bicycle Thieves embodies all the greatest strengths of the neorealist film movement in Italy: emotional clarity, social righteousness, and brutal honesty.

Working With De Sica, a new collection of interviews with Screenwriter Suso Cecchi d'Amico, actor Enzo Staiola, and film scholar Callisto Cosulich
Life As It Is: The Neorealist Movement in Italy, a new program on the history of Italian neorealism, featuring scholar Mark Shiel
A 2003 Documentary on screenwriter and longtime Vittorio De Sica collaborator Cesare Zavattini, directed by Carlo Lizzani
Plus: A book featuring new essays by critic Godfrey Cheshire and filmmaker Charles Burnett, remembrances by De Sica and his collaborators and classic writings by Zavattini and critic Andre Bazin

Reviews for "Bicycle Thieves: The Criterion"