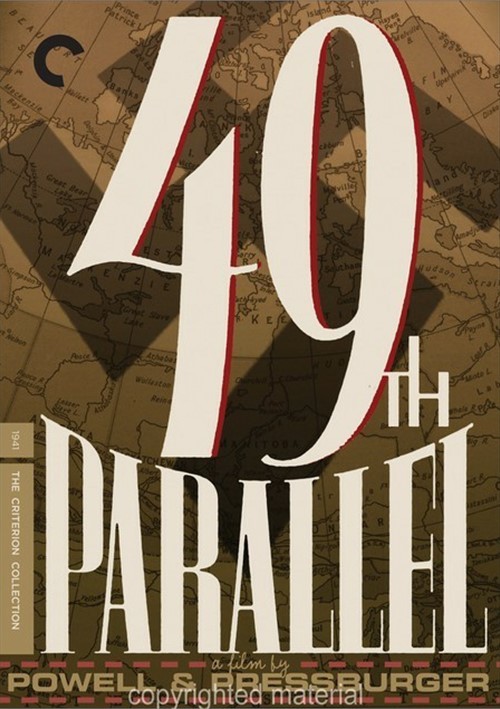 At once a compelling piece of anti-isolationist propaganda and a quick-witted wartime thriller, 49th Parallel is a classic early work from the inimitable British filmmaking team of Michael Powell and Emeric Pressburger. When a Nazi U-boat crew headed by the ruthless Eric Portman is stranded in Canada during the thick of World War II, the men evade capture by hiding out in a series of rural communities before trying to cross the border into the United States. Both soul-stirring and delightfully entertaining, 49th Parallel features a colorful cavalcade of characters played by larger-than-life actors Laurence Olivier, Raymond Massey, Anton Walbrook and Leslie Howard.

Audio commentary by film historian Bruce Eder
Original Theatrical Trailer
The Volunteer, 1943 Powell/Pressburger war-effort short starring Ralph Richardson
Excerpts from Powell's audio dictations for his autobiography
A Pretty British Affair, a BBC documentary on the careers of Powell and Pressburger, which considers their World War II-era collaborations and features rare footage of the filmmakers together
A new essay by film scholar Charles Barr and an excerpt from Powell's 1941 premiere speech