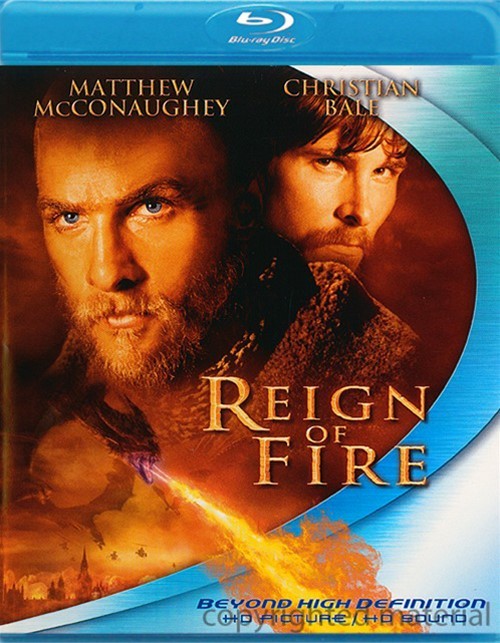 Matthew McConaughey and Christian Bale battle terrifying beasts - and each other - in Reign Of Fire on Blu-ray Disc. Packed with action, this thrilling adventure is hotter than ever in this explosive new format!

All hell breaks loose when an unearthly creature is awakened after centuries of slumber. Twenty years later, "fire chief" Quinn (Bale) tries to keep a group of refugees alive with ferocious dragons dominating the air and burning the land. But tempers also flare when Quinn clashes with a hotshot American militia leader (McConaughey). Gasp at the bone-charring special effects in spectacular 1080p and cower as fire-breathing dragons roar in thunderous 5.1 48kHz, 16-but uncompressed audio. Feel the heat with Blu-ray High Definition.

Backstage
Â·Breathing Life into the Terror
Â·Below the Line: If You Can't Stand the Heat...
Â·Conversations with Rob Bowman
Â·Original Theatrical Trailer

Reviews for "Reign Of Fire"