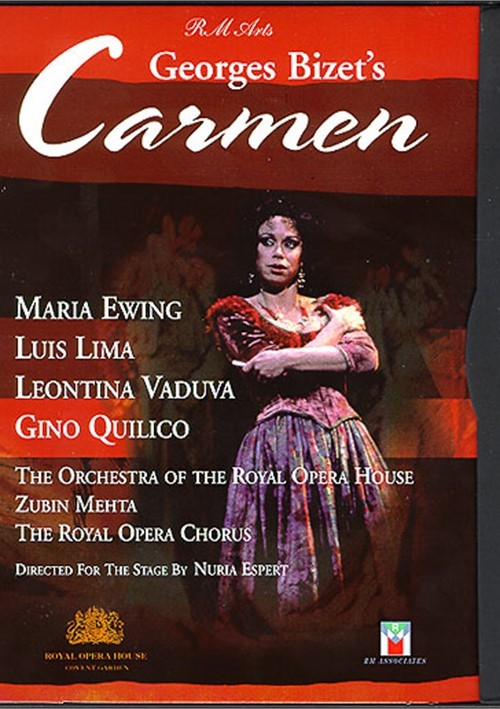 An Opera in Four Acts

George Bizet's Carmen, one of the world's favorite operas, celebrates at Covent Garden its first new staging in nearly twenty years, directed by the eminent Spanish actress and director Nuria Espert. Blazing with passion, lust and jealously, this production is Hispanic to the core with vibrant designs by Spain's most distinguished set designer, Gerardo Vera, and authentic flamenco choreography by Christina Hoyos.

Luis Lima sings the role of Don Jose, and Maria Ewing protrays a full-blooded, voluptuous Carmen, a role for which she has already won universal acclaim at Glyndebourne and Earl's Court and on television. Zubin Mehta conducts The Royal Opera Chorus and The Orchestra of the Royal Opera House with inimitable eloquence and spirit.