Guys And Dolls: Off The Record 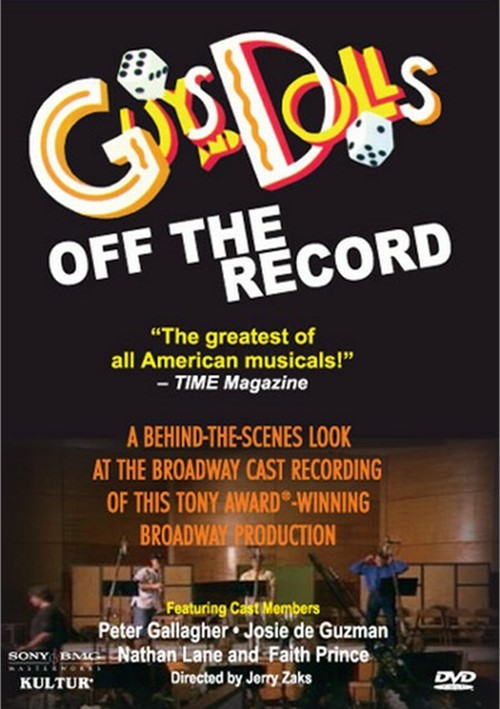 A behind-the-scenes look at the Broadway cast recording of this Tony AwardÂ®-winning Broadway Production.

Off the Record is an exciting documentary that goes behind the scenes and follows the cast around while they are making the recording of the Tony AwardÂ® winning production Guys and Dolls. This recording features original cast members from the smash 1992 revival.

This program captures all of the backstage energy and stars Peter Gallagher, Josie de Guzman, Nathan Lane and Faith Prince preparing for their roles. The stars sing some of the all-time favorite songs and then sit down to talk about their characters.

A Bushel and a Peck

Luck Be a Lady

I've Never Been in Love Before

If I Were a Bell

Sit Down, You're Rockin' the Boat

Review "Guys And Dolls: Off The Record"

Reviews for "Guys And Dolls: Off The Record"