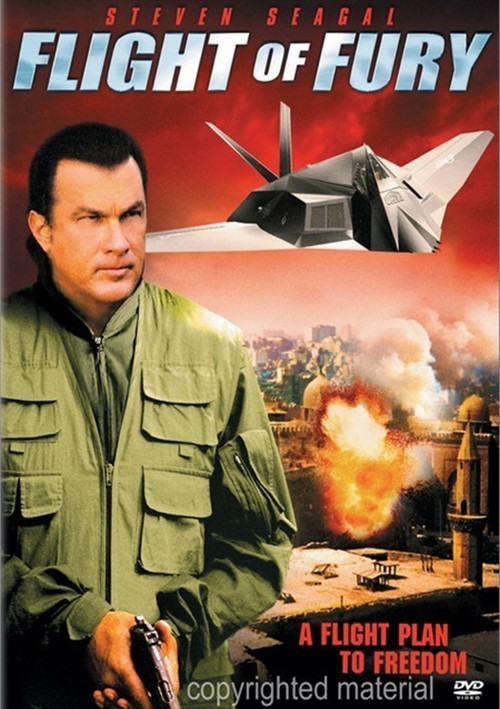 Steven Seagal stars in this high-octane thriller about a secret operative who strikes a deal with a covert U.S. agency to retrieve a hijacked Stealth Bomber.

John Sands is a special agent working for an underground division of the U.S. Air F-rce. When his own agency begins to feel threatened by the knowledge he's gained from past missions, they decide to imprison him an wipe his memory clean, leading John to escape from a high-tech detention center. But they quickly catch up with him and offer him a deal he can't refuse: return a stolen top=secret stealth bomber into U.S. airspace and Sands will regain his freedom. Fail, and the bomber will fall into the hands of deadly terrorists hellbent on loading it with biological warheads!

It's a race against time as Sands infiltrates the enemy and takes the battle to the skies for a vicious dogfight to get back his and save the day!

Reviews for "Flight Of Fury"