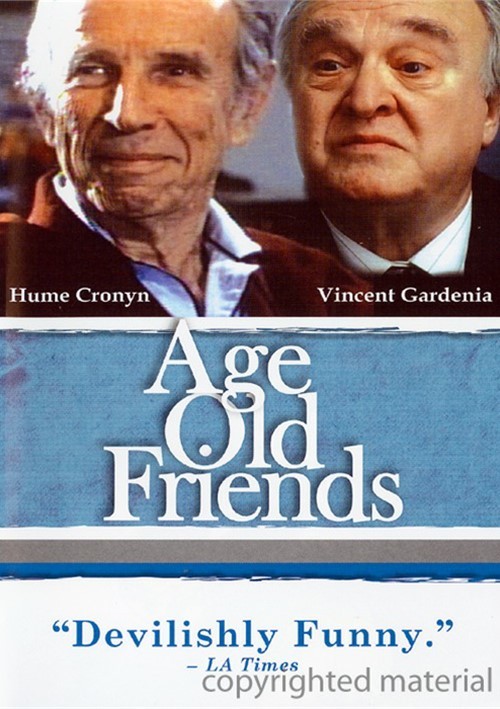 Adapted by Bob Larbey from his Broadway play A Month of Sundays, Age Old Friends stars Hume Cronyn and Vincent Gardenia as two retirement-home residents and longtime friends whose temperaments are vastly different. John Cooper (Cronyn) is crotchety and physically frail, but his brain is sharp as a tack. Conversely, Michael Aylott (Gardenia) is easygoing and in excellent health, but his mind is slowly deteriorating. The two men form an uncommon bond, which is jeopardized when Michael's faculties betray him and John is advised to move back in with his daughter.