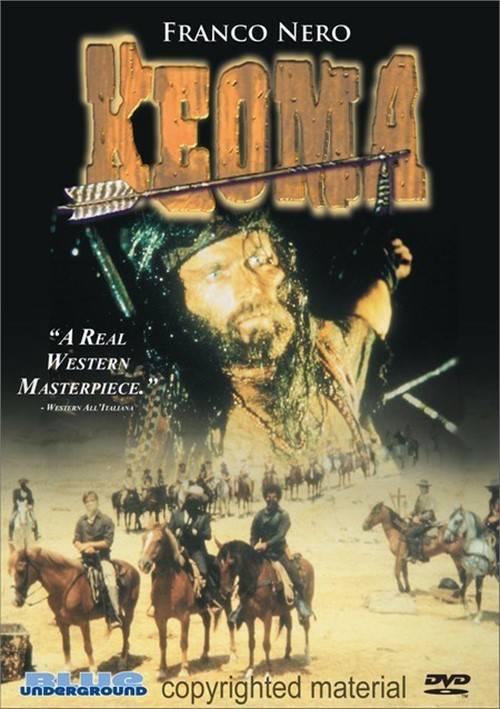 Franco Nero (Django, The Fifth Cord) is Keoma, a half-breed gunfighter weary of killing as a way of life. But when he returns to his troubled childhood home, Keoma is caught in a savage battle between innocent settlers, sadistic bandits and his vengeful half-brothers. In a wasteland gone mad with rage and pain, can one man massacre his way to redemption?

Keoma is an extraordinary combination of potent symbolism, powerful performances and relentless violence, brilliantly directed by Enzo G. Castellari (Street Law, The Big Racket). Woody Strode (Once Upon A Time In The West), William Berger (Django Strikes Again) and Olga Karlatos (Zombie) co-star in this one-of-a-kind classic that fans and critics consider to be one of the greatest 'Spaghetti Westerns' of all time.