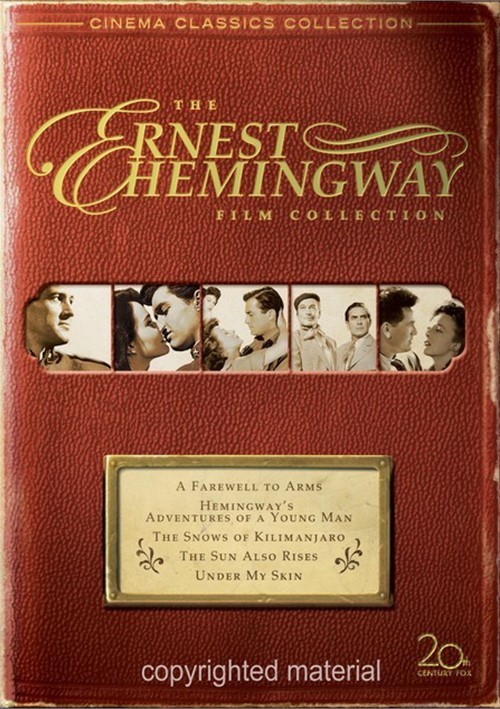 Rock Hudson and Jennifer Jones heat up the screen in this towering adaptation - a tale of doomed love amidst the howl and fury of the snowy Alpine peaks and muddy plains of northern Italy - the most perilous theatre of World War I!

Hemingway's Adventures Of A Young Man (1962)

Ernest Hemingway's semiautobiographical "Nick Adams stories" formed the basis for this epic-length 1962 tribute with Richard Beymer as Nick and, amongst a star-studded supporting cast, Paul Newman in a Golden Globe-nominated performance.

A powerhouse cast - including Gregory Peck, Susan Hayward and Ava Gardner - and exotic settings ranging from the African veldt to 1920s Paris to the bullrings and battlefields of Spain highlight this big-scale production of Ernest Hemingway's short-story masterpiece.

The most compelling characters Hemingway ever created inhabit this stunningly faithful adaptation following a group of disillusioned expatriates as they live their lives in pursuit of utter debauchery. Tyrone Power, Ava Gardner and Errol Flynn star.

A Farewell To Arms
Features Not Specified.