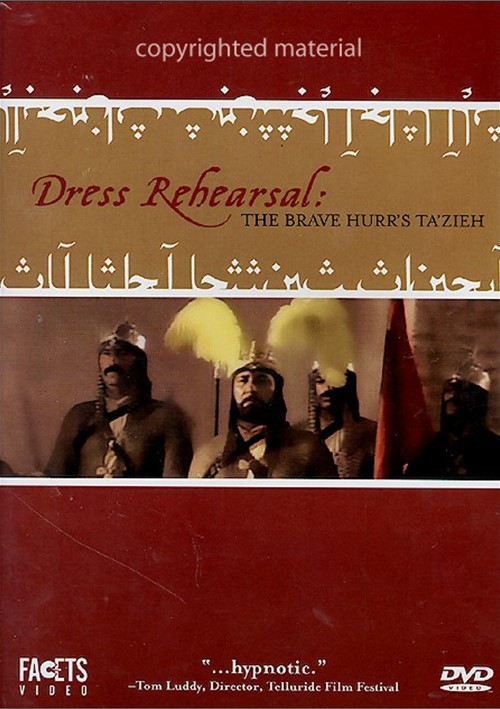 From Nasser Taghvai (Tales of Kish), one of the original filmmakers of the Iranian New Wave, comes his latest documentary, Dress Rehearsal: The Brave Hurr's Ta'Zieh. This rare glimpse into Iranian culture chronicles the performance of a ta'zieh, an ancient and uniquely Iranian passion play that celebrates the glory of martyrdom.

Based on the life stories and fables of Islam's prophet Mohammad, but influenced by Iranian folklore, the ta'zieh became the sole dramatic form in the world of Islam after the rise of the Shiite sect. Within the ta'zieh tradition, the story of the Brave Hurr assumes a singular place because Hurr was originally an enemy of the Imam. But, after meeting the holy leader, Hurr joins f-rces with him.

Generally performed on the streets or in open venues, the ta'zieh "is the only original dramatic art of the Islamic world," proclaims director Taghvai.