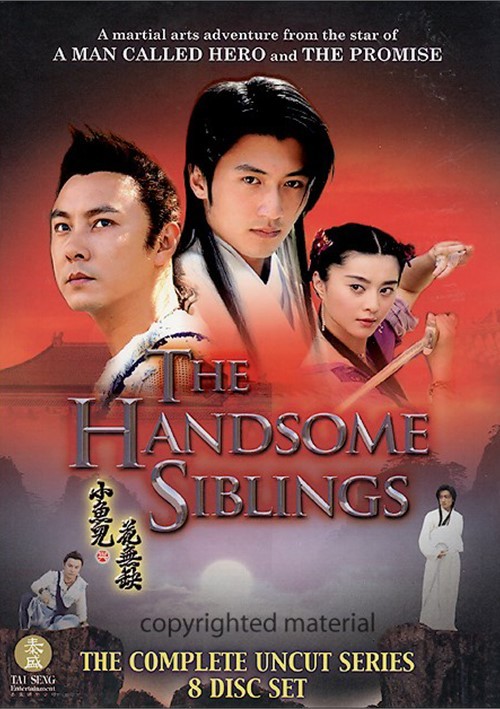 A Martial Arts Adventure from the Star of A Man Called Hero and The Promise.

Pop superstar Nicholas Tse (The Promise, A Man Called Hero) and TV star Dickie Cheung are the leads in this martial arts adventure based on the famous novel by Ku Lung. Twins Yu and Fa were separated at birth and trained by rival kung fu masters. They meet again 18 years later with no knowledge of their identities and become friends, but their stepfather's rivalry f-rce them to be foes. When a conspiracy to take over the martial arts world emerges, however, Yu and Fa must unite to defeat the invincible enemy. This lavish 8-disc set contains all 40 episodes of the series uncut!

Review "Handsome Siblings, The: The Co"

Reviews for "Handsome Siblings, The: The Co"