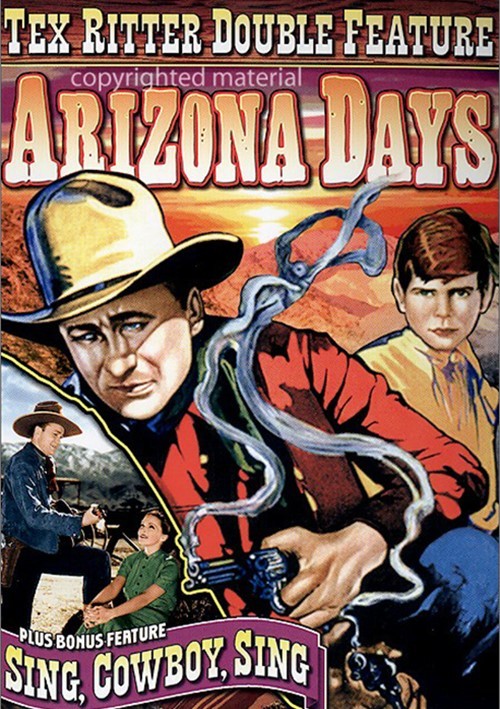 Vengeful Harry Price and his lawless gang burn the wagons of Professor McGill's minstrel show to get even with cowboy singer Tex Malinson. When the county commissioner deputizes Tex, the Price boys conspire to get rid of the rookie lawman - dead or alive. A violent skirmish erupts into a full-fledged war after a bullet intended for Tex hits the wrong target.

Deadly gunfire erupts in Rock Pass when a cut-throat gang ambushes George Summers' freight-hauling wagons, killing the entrepreneur and his men. The desperados work for Kalmus, a ruthless local big shot who seizes the dead man's cargo operation. Having witnessed the massacre, roaming cowboy Tex Archer uses brawn and bravery to help Madge Summers reclaim her father's business. Kalmus sends his gang to kill Archer, and the corrupt local officials are only too eager to let the heroic outsider fend for himself.

Sing, Cowboy, Sing was one of 12 westerns Tex Ritter made for Grand National Pictures between 1936 and 1938. The former radio star was paid $2,400 per picture, and later was inducted into both the Cowboy Hall of Fame and the Country Music Hall of Fame.