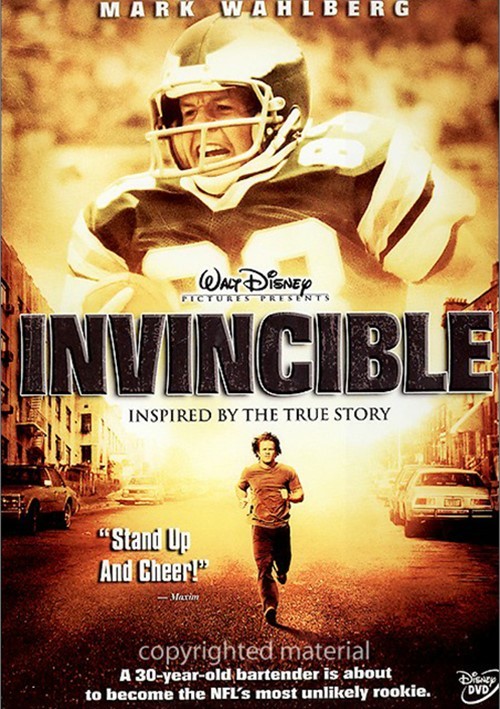 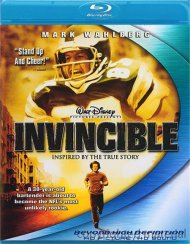 A 30-Year-Old Bartender is About to Become the NFL's Most Unlikely Rookie.

Invincible is the inspiring true story of Vince Papale, an ordinary guy who, against extraordinary odds, gets a one-in-a-gazillion shot at living every sports fan's wildest fantasy. Like the city he lives in and his beloved hometown NFL team, the down-an-out Vince (Mark Wahlberg, The Italian Job) has seen better days. But then the Philadelphia Eagles' new coach Dick Vermeil (Greg Kinnear, Little Miss Sunshine) calls an unprecedented open tryout, and the 30-year-old bartender who never played college ball makes the cut. Now Vince needs every bit of his gritty, never-say-die attitude and enormous heart to survive in the high-stakes world of professional football. Heartfelt and triumphant, and filled with body-slamming NFL football action, Invincible will have you on your feet cheering for the scrappy underdog who helped his team rediscover its winning spirits, and in the process rallied a city when it needed it most.