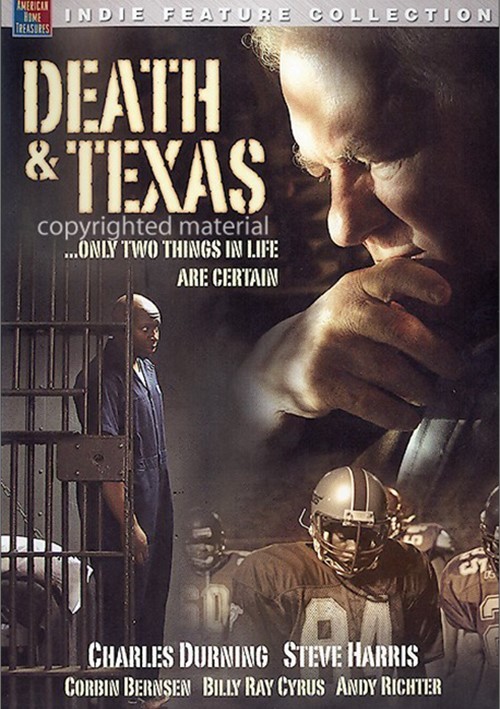 ...Only Two Things in Life Are Certain.

Time is running out for one of the greatest wide receivers in the history of pro football, "Barefoot" Bobby Briggs (Steve Harris - The Practice), who sits on Death Row for his unintentional role in a botched robbery and murder. When his former football team, the Austin Steers, need an instant replacement for an injured player on their march to the huge Mega Bowl game, Bobby has one last hope to escape execution. Seizing the opportunity to help his client, lawyer Marshall Ledger (Charles Durning - O Brother, Where Art Thou?) offers the Governor a controversial political deal for Bobby to play with the Steers and win the chance to bypass the executioner's needle.

Satirical, funny and unashamedly political, Death & Texas parodies the manipulation of the legal system and peeks behind the win-at-all-costs scenes of pro football and the tireless maneuverings of a crusader determined to make a difference.