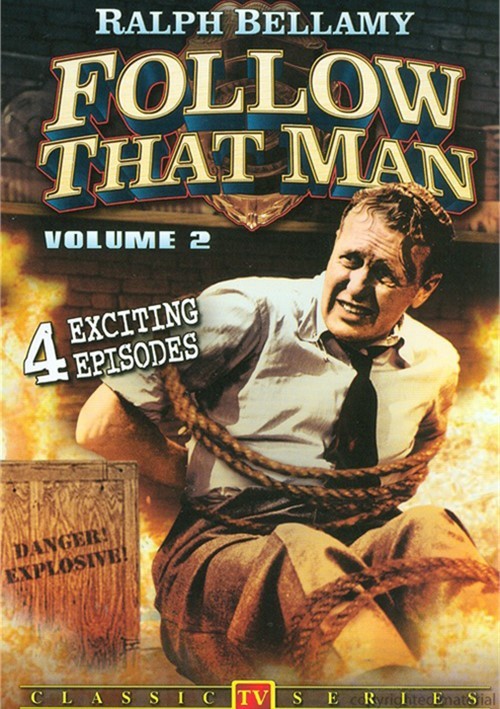 A man on the run. A burst of machine gunfire. The man falls dead at the floor of detective Mike Barnett. Welcome to the Big City and another hard-boiled case from Barnett's files!

Ralph Bellamy stars as tough private-eye Mike Barnett in this lean and violent TV series Follow That Man (aka Man Against Crime) from the early 1950s. Created by Lawrence Klee for the Dumont Network in 1949, this program was originally broadcast live until 1952. The crime-filled episodes in this collection are from the 1952-54 seasons.

Barnett's best friend and fellow private-eye Jackson is murdered, leaving behind a clue in a copy of Milton's Paradise Lost that points to the killer.

Barnett catches more than fish on his vacation when the owner of a roadside diner becomes the victim of an extortion racket.

A patient witnesses a women being murdered in her hotel room across the street through his dentist's office window. Once Barnett is on the case, he suspects that more than just the witness's tooth is being pulled.

A big time crime boss tries to scare Barnett and stop him from testifying to the D.A.'s office. Needing help, Barnett enlists his femme fatale girlfriend, Gloria, and a baggy-pants burlesque comic.