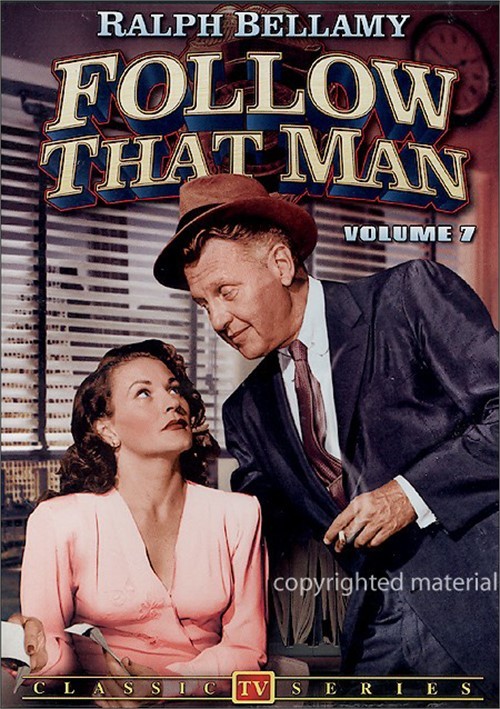 Ralph Bellamy stars as tough private eye Mike Barnett in the lean and violent TV series "Follow That Man" (aka "Man Against Crime") from the early 1950s. Created by Lawrence Klee for the Dumont Network in 1949, this program was originally broadcast live until 1952. The crime-filled episodes in this collection are from the 1953-54 seasons.

A professor suffering amnesia needs protection from gangsters who think he knows where stolen gems are hidden.

Barnett comes into possession of a top secret list of communist spies.

At Palisades Park, Barnett finds his client dead and the employees acting suspiciously.

Teaming up with an FBI agent, Mike investigates a series of truck hijackings.