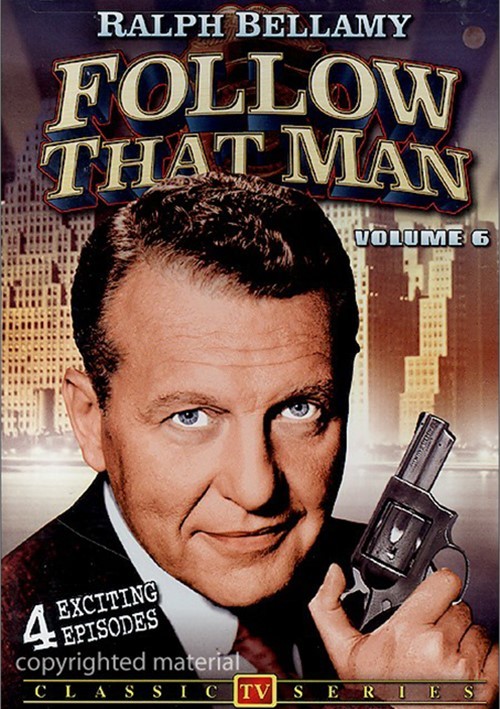 Ralph Bellamy stars as tough private eye Mike Barnett in the lean and violent TV series "Follow That Man" (aka "Man Against Crime") from the early 1950s. Created by Lawrence Klee for the Dumont Network in 1949, this program was originally broadcast live until 1952. The crime-filled episodes in this collection are from the 1952-54 seasons.

The Cube Root Of Evil

A drunken conventioneer looking for a good time is lured to a private party for a craps game, but he is beaten up instead.

When a lone robber kills two bank employees, Barnett suspects an inside job.

A clever thief cases houses while pretending to collect funds for charity.

Get Out Of Town

With a gun pointed at his back, Mike Barnett is f-rced to board a plane to Mexico.