Why We Fight (Alpha) 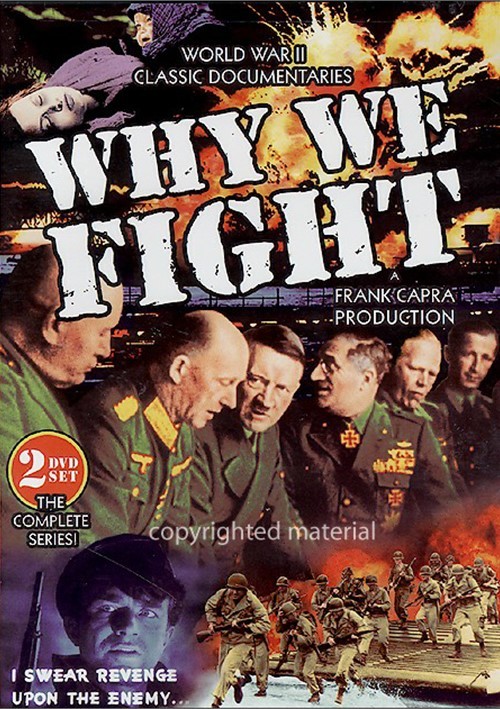 In 1942, amidst the raging conflict of World War II, President Franklin Delano Roosevelt and his War Department recruited one of Hollywood's greatest directors, Frank Capra, to create a series of films to inform, educate, and inspire our troops as well as the American public. This series, called Why We Fight, was a seven-part propaganda epic that portrayed in unflinching detail the history of the growing fascist threat to the free nations of the world and the progress of the Allies' war effort to combat that menace.

Combining Allied films with captured enemy footage in brilliantly edited sequences, this production vividly portrays the unprecedented scale of the conflict that defined the twentieth century and left an indelible stamp on the hearts and minds of those fated to survive the most destructive war in human history.

Prelude to War: The rise of fascism in Germany, Italy and Japan is powerfully portrayed in this first installment, setting the stage for the conflict and carnage to come.

The Nazis Strike: The Third Reich wages a blitzkrieg war of aggression against its eastern European neighbors as the first act of their evil plot for world conquest unfolds.

Divide and Conquer: The Nazis unleash their war machine on western Europe, seeking vengeance on their old enemy France, whose f-rces are quickly crushed by the brutal onslaught.

The Battle of Britain: English spirit and resolve is put to the ultimate test when the beleaguered British Isles endure the full fury of Hitler's mighty Luftwaffe.

The Battle of Russia: The myth of Nazi invincibility dies on the Eastern Front when the German juggernaut is halted by fierce resistance and the brutal Russian winter.

The Battle of China: The powerful Japanese Army wages a bloodthirsty scorched earth crusade against China and its other Asian neighbors.

Review "Why We Fight (Alpha)"

Reviews for "Why We Fight (Alpha)"