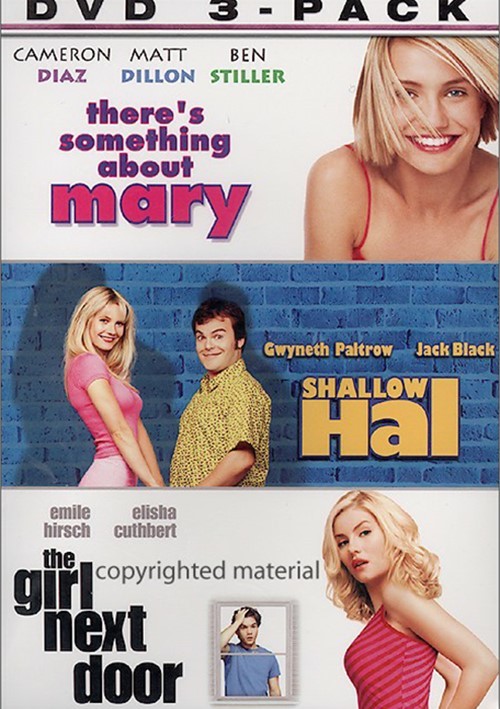 Filled with endless laughs and unbelievable sight gags, this "cheerfully crude and way over the line" (Los Angeles Times) romantic comedy is a "gut-busting blast" (USA Today). Still suffering form a high school crush on Mary (Cameron Diaz), the nerdy, angst-driven Ted (Ben Stiller) tracks her down thirteen years later with the help of sleazy private investigator Pat Healy (Matt Dillon). But after one look at Mary, Healy decides he wants her for himself and soon the two men are engaged in an outrageous all-out battle for Mary's affections.

Directed by the guys who brought you There's Something About Mary and Me, Myself & Irene, this heavyweight hit comedy is "heartwarming and hilarious - an unbeatable combination!" (WFLD-TV) Jack Black is Shallow Hal, a superficial skirt chaser who, after a mind altering experience with a self-help guru, doesn't realize that his gorgeous girlfriend (Gwyneth Paltrow) is actually a 300-pound not-so-hottie. Meanwhile, Hal's playboy pal Mauricio (Jason Alexander) is determined to break the spell before someone gets... squashed! Packed with loads of laughs and non stop fun, it's the biggest love story ever told!

The Girl Next Door