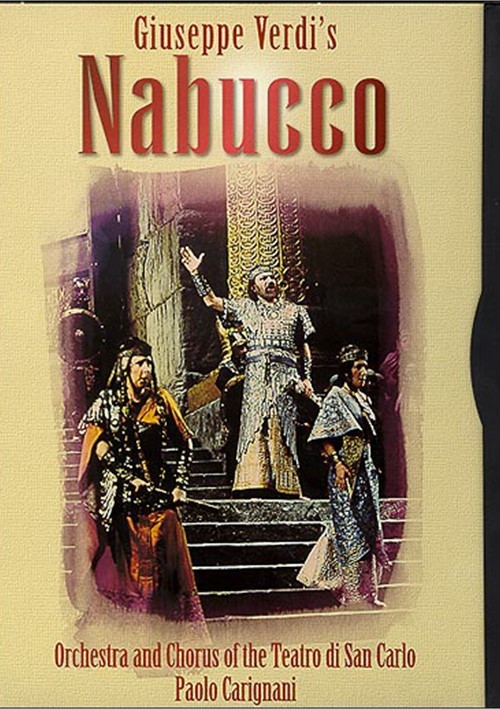 Nabucco is opera on a vast scale sung by a chorus with libretto by Temistocle Solera.

The debut in Milan at the Theatre of La Scala on March 9th 1842 was a great success and marked the beginning of a long tour in many Italian and European theaters.

According to critics, Nabucco revealed Verdi's passionate personality, its success deriving from the grandiose evocative power of the "Va, Pensiero," one of the most famous melodies in the world, lamenting the Hebrews' martydom. The Italians during the nineteenth century, still not united as a nation and still dominated by the Austrians and Spanish, felt it was their national song, an anthem of people longing to see their land free from enemies and united once again.