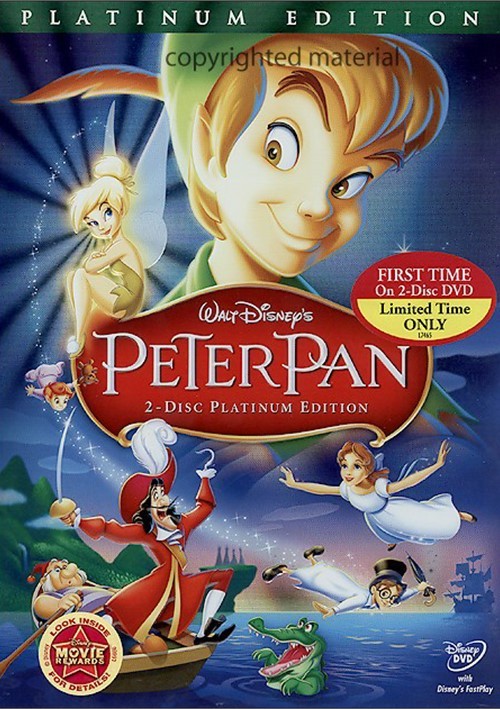 It Will Live in Your Heart Forever.

Fantastic adventures await Wendy and her brothers when Peter Pan, the hero of their stories, whisks them away to the magical world of Never Land. After following Peter and his feisty sidekick Tinker Bell past the "second star to the right and straight on till morning," they explore the island and Peter's secret hideout with the rambunctious Lost Boys, and leap into high-flying battles with swashbuckling pirates and the infamous Captain Hook!

This 2-disc Platinum Edition includes something for everyone: all-new games in Camp Never Land, deleted scenes, a new discovery - in which Walt Disney reveals why he made Peter Pan - and much more.