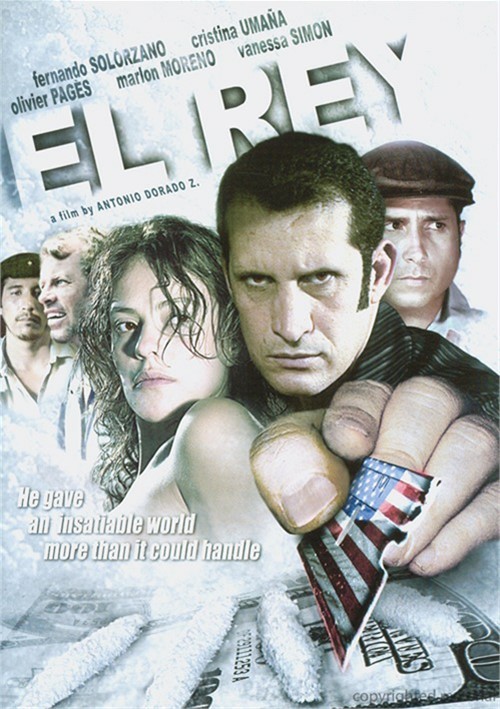 He Gave An Insatiable World More Than It Could Handle.

El Rey tells the story of Pedro Rey, the mythical father of the Colombian cocaine trade. A riveting drama based on the real-life exploits of Jaime Caicedo, the legendary Al Capone of Colombia, the film tracks Rey's evolution from opportunistic businessman to megalomaniacal drug lord. Recruiting a small-time crook as his supplier, a Peace Corps worker as his North American distributor, and a Marxist revolutionary as his chemist, Rey turns the modest Colombian coke trade into a multinational corporation.

The King then sets about protecting his empire by adding a cop and a politician to his team, as well as the buying the loyalty of the local peasants. But in Rey's world, loyalty is a one-way street, and when the King turns his back on any of his subjects, he'd better hope that one of them doesn't put a bullet in it.