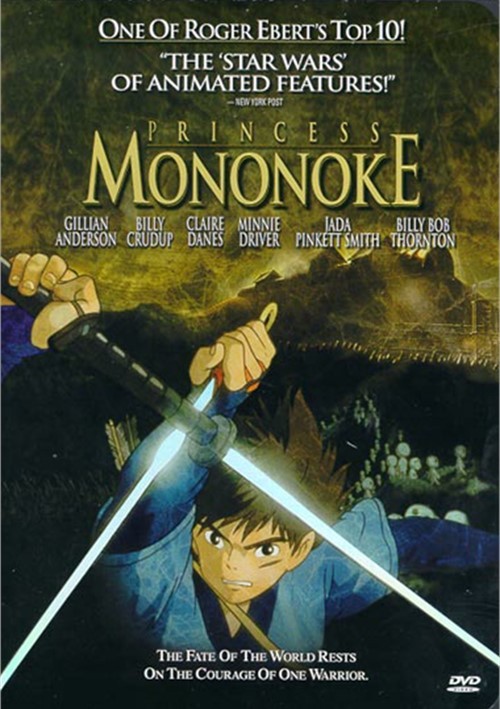 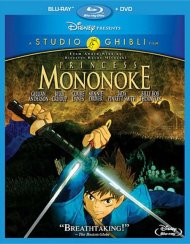 The Fate Of The World Rests On The Courage Of One Warrior.

Claire Danes (The Mod Squad), Minnie Driver (Good Will Hunting) and Billy Bob Thornton (Armageddon, Sling Blade) head a cast of hot Hollywood stars who lend their talents to this exquisitely animated, overwhelmingly acclaimed adventure epic! Inflicted with a deadly curse, a young warrior named Ashitaka (Billy Crudup - Without Limits) sets out to the forests of the west in search of the cure that will save his life. Once there, he becomes inextricably entangled in a bitter battle that matches Lady Eboshi (Driver) and a proud clan of humans against the forest's animal gods...who are led by the brave Princess Mononoke (Danes), a young woman raised by wolves! Also starring Gillian Anderson (The X-Files) and Jada Pinkett Smith (Scream 2), this monumental struggle between man and nature will have you transfixed with amazement as stunning artistry blends with epic storytelling to create a uniquely entertaining motion picture!