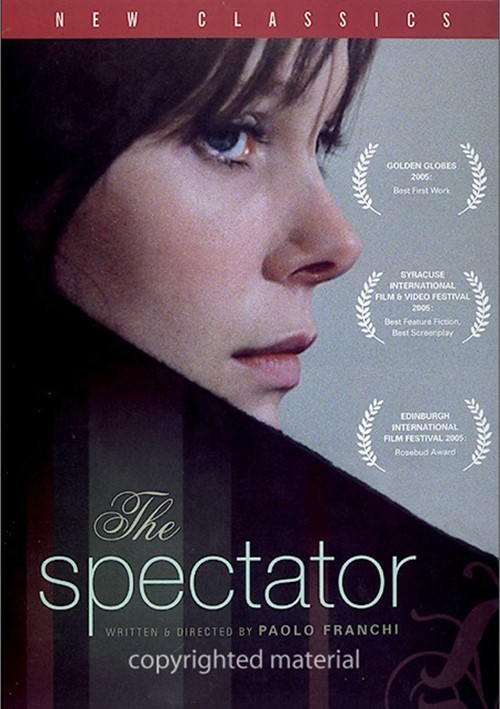 A study of loneliness, voyeurism and passivity, The Spectator tells the story of Valeria. A simultaneous interpreter by profession, she spends her days alone in her translation booth listening to the words of others. She visits bars and indulges in one-night stands but is chronically detached until she becomes obsessed with Massimo, a doctor who lives opposite her. She follows the man around, intrigued by his movements, especially when she translates a conference in which he speaks of "solitude, emotional poverty, and detachment from the world." When Massimo suddenly moves from Rome to Turin, Valeria too leaves her life behind to follow. Finding Massimo is involved with an older woman, Valeria creates an "accidental" meeting with her rival that leads to a mutual curiosity and then to the development of an ambiguous relationship between the two women, which soon becomes a love triangle entangling Massimo. Boasting enrapturing performances, The Spectator is an excellent directorial debut for Paolo Franchi.

Reviews for "Spectator, The"