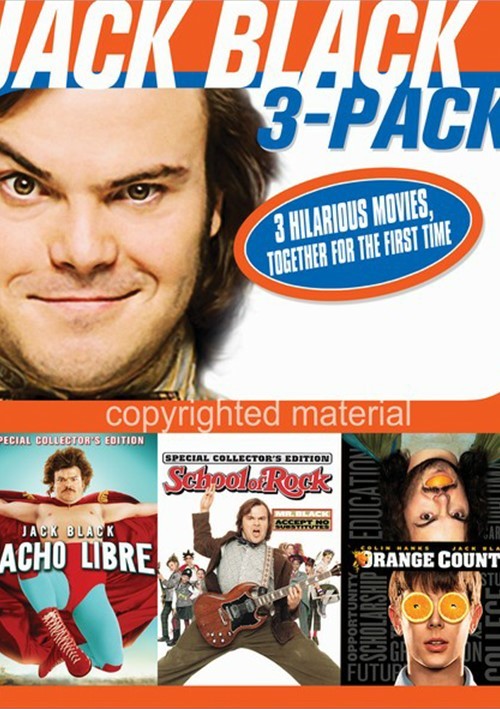 Jack Black is more hilarious than ever as Ignacio, a monastery cook who feeds orphan children by day and by night transforms himself into Nacho Libre, a notorious Luchador in stretchy pants. Spurred on by Esqueleto "The Skeleton," a street peasant turned sidekick, Nacho challenges Mexico's most fearsome wrestlers as he fights to save the children and win the affections of Sister EncarnaciÃ³n, his inspiration and forbidden love.

Shaun Brumder (Hanks) is content to be a bright, talented, but unfocused Southern California surf slacker- until the day he discovers a novel by acclaimed author Martin Skinner. Inspired, he suddenly realizes his life's ambition: to leave behind mind-numbing Orange County and study creative writing with Skinner at Stanford University. But after being denied enrollment due to an admissions error, Shaun is f-rced to seek help from not only his girlfriend Ashley (Fisk) but also his hopelessly dysfunctional parents (Catherine O'Hara & John Lithgow), stoner brother Lance (Jack Black).