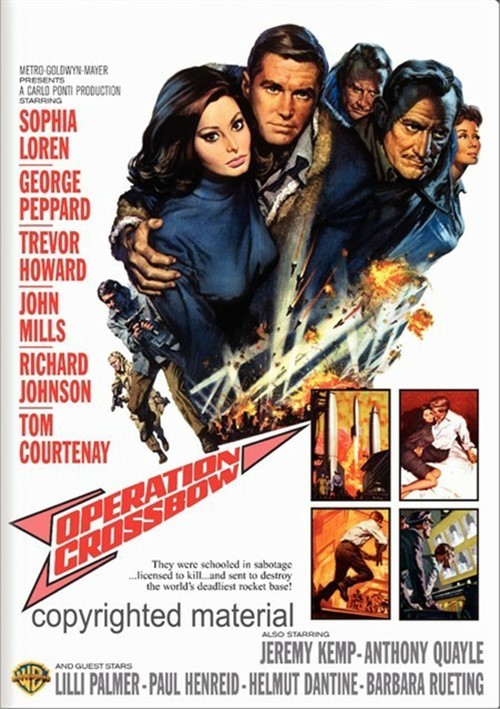 They were schooled in sabotage...licensed to kill...and sent to destroy the world's deadliest rocket base!

A fearsome rumor reaches Britain's World War II command. The Nazis are developing rocket technology that could rain death on London and, then, New York. Quickly, England develops a plan to send saboteurs into the sites manufacturing the rockets. Just moments after the carefully chosen commandos parachute into the drop zone, their pilot receives an urgent message. The mission may be compromised. Abort.

Operation Crossbow is the partly fact-based tale of how that team succeeded against daunting odds. Michael Anderson (The Dam Busters, Logan's Run) directs, guiding a huge cast in a film that builds to a spectacular finale, yet never neglects war's unsparing personal costs. As a record of a wartime espionage incursion and as an intrigue-filled thriller, Operation Crossbow is on both counts Operation Accomplished.

Vintage Featurette: A Look Back at Crossbow
Theatrical Trailer