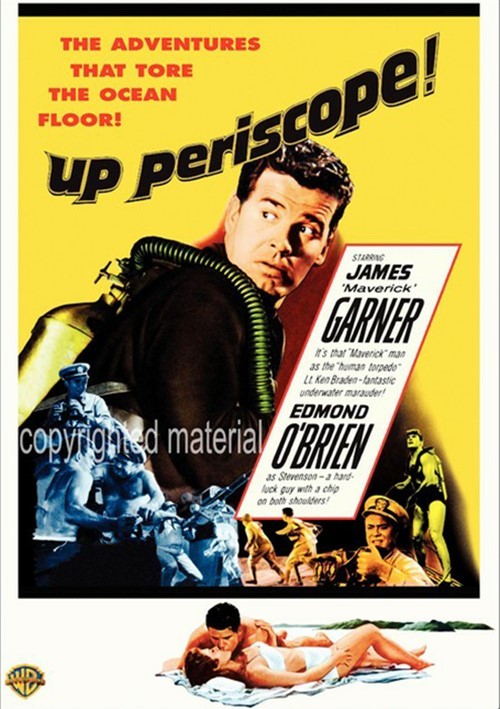 The Adventures That Tore the Ocean Floor!

Ken Braden is a 90-day wonder, rushed through special training, given lieutenant's bars and thrown into World War II. He's an underwater demolitions expert who'll put his training to work in the Pacific - if he survives the submarine trek to his destination, a voyage full of dive-bombing death from above and depth-charged hell below.

On a break from TV's Maverick, James Garner plays Braden, a Navy frogman whose orders take him from a stateside romance to perilous ocean warfare. Academy AwardÂ® winner Edmond O'Brien as the hard-nosed skipper, Alan Hale (Gilligan's Island) as a dead-eye gunner, football great Frank Gifford, Edward (77 Sunset Strip) Byrnes and in his first film, an unbilled Warren Oates, are all on board.

Reviews for "Up Periscope"