Mutiny On The Bounty: Special Edition 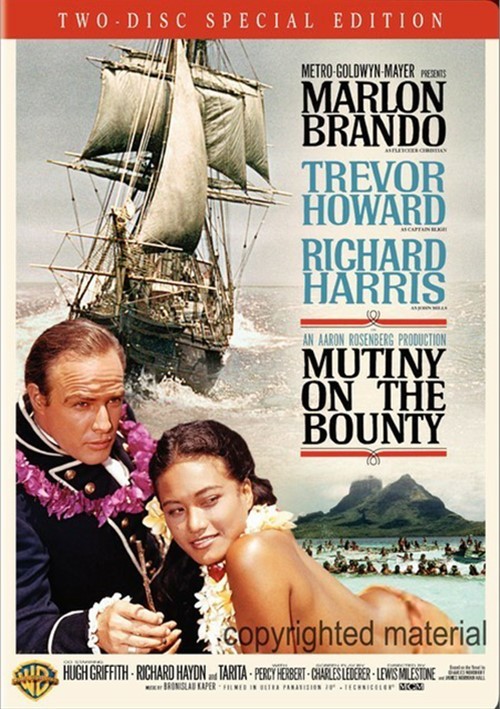 Mutiny On The Bounty: Special Edition

1787 - HMS Bounty sets out on a journey that will take it through perilous seas to a tropical paradise... and into history as one of the most ill-fated vessels ever to sail for King and country.

Lewis Milestone (All Quiet On The Western Front) directed this color-drenched spectacular, nominated for seven Academy AwardsÂ® including Best Picture. Filmed before in 1935 and again in 1984's The Bounty, the gripping story centers on two men. Marlon Brando plays first officer Fletcher Christian as a dandy transformed into a man of action. Trevor Howard is Capt. Bligh, uncompromising in his command or his cruelty. "Fear is [my] best weapon," Bligh proclaims. But it's also the most costly, driving men to desperation and mutiny. Richard Harris, Hugh Griffith and Richard Haydn also star in this epic adventure.

Review "Mutiny On The Bounty: Special "

Reviews for "Mutiny On The Bounty: Special "