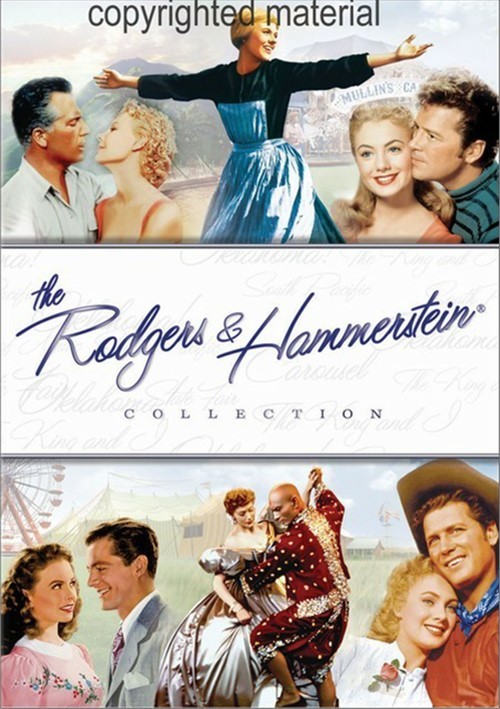 Filmed on location in a beautiful seaside village, Carousel stars Gordon MacRae as Billy Bigelow, a smooth-talking carny man who falls in love with a millworker (Shirley Jones). Tragedy strikes these star-crossed lovers, though, and their journey is not easy. How Billy makes his way to Heaven and back again, providing love and solace to his wife and daughter, and redemption for himself, is the story of one of the most unique and powerfully uplifting musicals ever written. With a score that includes "If I Loved You" and "You'll Never Walk Alone," little wonder that Carousel was composer Richard Rodger's personal favorite.

The King And I: 50th Anniversary Edition

Rodgers & Hammerstein's regal classic is based on the true story of Anna Leonowens (Deborah Kerr), an English widow who comes to Bangkok in the 1860s to serve as governess to the many children of the King of Siam. As immortalized by Yul Brynner in his OscarÂ®-winning performance, the King is a magnetic and unforgettable figure. When Anna and the King get to know each other - that leads to one of the most unusual and spellbinding friendships in musical history.

It all starts "Some Enchanted Evening," when a young American nurse from Little Rock (Mitzi Gaynor) meets the handsome and mysterious French planter (Rossano Brazzi) on a South Pacific island during World War II. Seeking respite from the battles around them, they find refuge in each other as their romance blooms in the lush tropical paradise.

Celebrate the 40th anniversary of The Sound of Music, winner of five Academy AwardsÂ®, including Best Picture. In this true-life story, Julie Andrews stars as Maria, a spirited young woman who leaves the convent to bring love and music to Austrian widower Captain von Trapp (Christopher Plummer) and his seven children.

In addition to the acclaimed music, both movies include wonderful storytelling, romance and all-star casts - the original 1945 version features Jeanne Crain, Dana Andrews and Vivian Blaine, while Pat Boone, Bobby Darin and Ann-Margret shine in the 1962 remake.

From its Broadway roots to its motion picture success, Oklahoma! contains soaring melodies and joyous songs in a loving celebration of the American spirit. Winner of two 1955 Academy AwardsÂ® for Best Sound Recording and Best Scoring of a Musical Picture, the film stars Shirley Jones as a young prairie woman with two suitors: good natured Curly (Gordon McRae) and the hired hand, Jud (Rod Steiger).