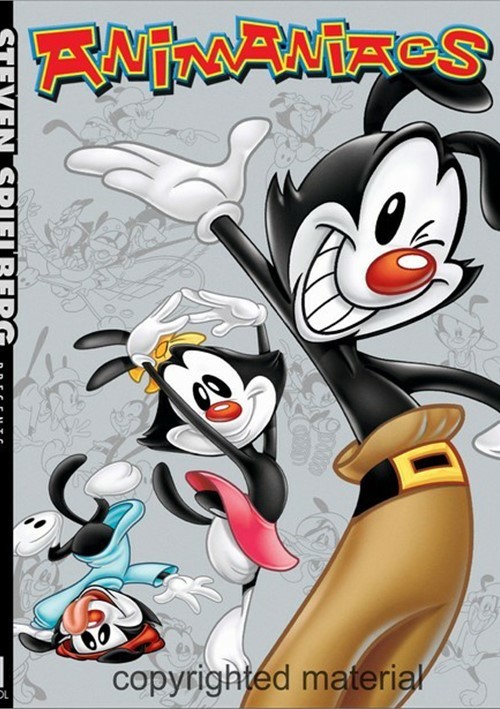 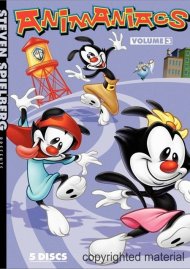 Animaniacs are on the lose, running rampant at the studio (and 'round the globe), taking the Warner tradition of anything-goes and going further. Who helps Beethoven, Einstein and Lincoln their brain-locked hours of need? Who unleashes a steady stream of film sendups, cultural spoofs and gags? Who puts the bop in the bop-shoo-bop? Well, two out of three isn't bad, and making things even better in Season 1 are friends who are fiendish (Pinky and the Brain), feathered (the Good Feathers), furred (Rita and Runt) and frazzled (Slappy the Squirrel). Grab your remotes, maniacs. And Helloooo, Nurse!

We tried to be nice. It's for your own good. So in the spirit of all that is Yakko, Wakko and Dot, we'll just come right out and say it: If you don't stop playing all those video games, you'll stunt your growth.

We instead recommend Vol. 2 of the crazy-gone-wacko series that's like a cartoon come to life, perhaps because it, uh, is a cartoon. In this 5-disc set, you'll find 25 episodes crammed with risk-taking, brain-slapping, bungee-cording comedy leaps inspired by the best and zaniest traditions of Warner animation. Brothers Yakko and Wakko, sister Dot, plus Rita and Runt, Slappy the Squirrel and more are on the loose for cultural spoofs, nonsense songs that make amazing sense, guffaw-down-funny gags and flat-out freefalls into lunacy. Join the fun. You'll be glad you did. And your thumbs won't fall off.

"Animaniacs" SeriesView All 6 Titles in the Series > 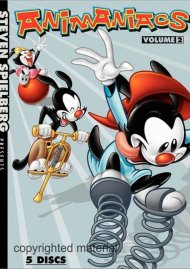 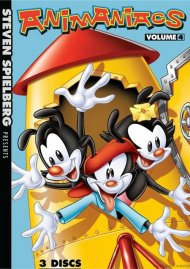 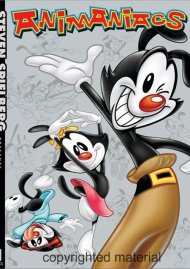