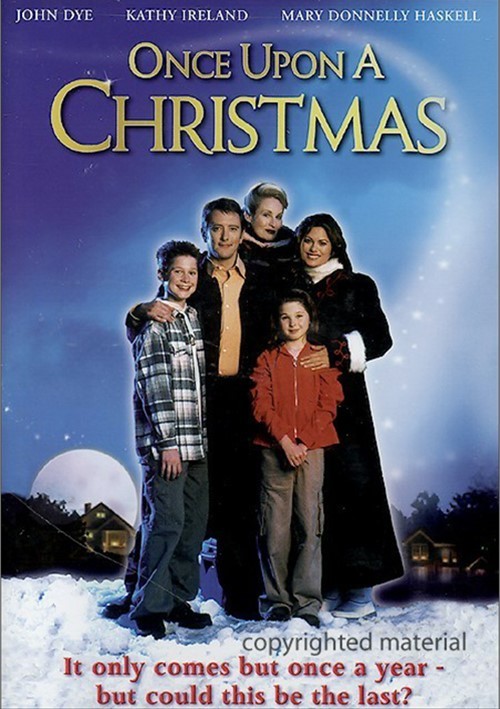 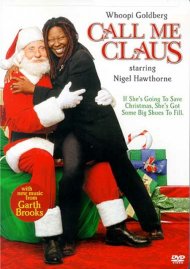 Once Upon A Christmas

Christmas is coming and Santa's house is buzzing with activity, but somehow the old boy's heart isn't in it this year.

Disillusioned with all the selfishness and greed in the world, Santa is ready to throw in the towel but his daughter Kristin (Kathy Ireland) persuades him to give the mortals one last chance. If she can prove that even one family can change and become giving and caring again, Santa will put off his vacation in Hawaii and get back on the sleigh. Trouble is she's saddled with the Morgans, a family with a workaholic Dad (John Dye) and a couple of kids whose idea of good clean fun is putting peanut butter in the au pair's underwear and permaglue on the school coach's whistle. And with a sister who makes Cruella De Vil look like the cutest pup in the shop ready to wreck her plans, can Kristin teach them that what you give is what you get, and stop the spirit of Christmas from disappearing - forever?

Twice Upon A Christmas

Kristin Claus, now a devoted nanny to the Morgan family, is suffering from acute memory loss. Little does she know that her father is Santa Claus, living in the North Pole wither her mother, Mrs. Claus, and mischievous sister, Rudolpha.

As Kristin grows closer to the Morgan family the answer to who she is seems ever more elusive. But then a big surprise - a proposal of marriage from Bill! Torn between her love for the Morgans and the life she can't remember, she agrees to marry Bill on Christmas Day - but only if they first solve the mystery of her identity.

Back at the North Pole, trouble is brewing. In Kristin's absence, the scheming Rudolpha sets about sabotaging Christmas. To clear the way for a lucrative property deal, she launches a TV advertising campaign to sell off the pole, piece by piece. Christmas is under threat. Santa could be out of a job!

With Christmas fast approaching, Kristin is still struggling for answers. When a bizarre coincidence helps everything to click into place, Kristin realizes that she must again save Christmas or see Santa f-rced into early retirement!

This quirky and uplifting sequel to Once Upon A Christmas, will captivate the kids and amuse the adults. A festive tale with plenty of twists.

Once Upon A Christmas
Features Not Specified

Twice Upon A Christmas
Features Not Specified.

Review "Once Upon A Christmas / Twice "

Reviews for "Once Upon A Christmas / Twice "