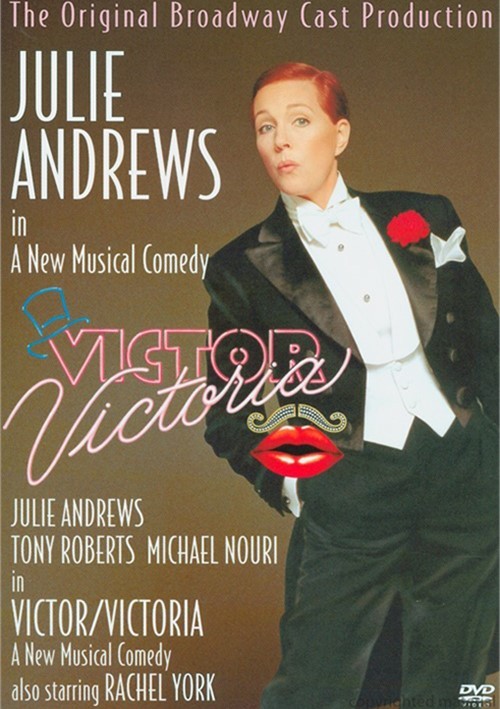 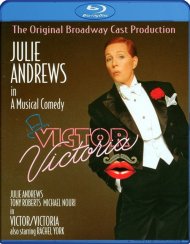 One of the world's most talented and best-loved performers, Julie Andrews reaches new heights in the most challenging role of her career as woman pretending to be a man impersonating a woman! Filmed on the Broadway stage, the immensely popular Victor / Victoria is a warm, funny, wildly energetic look at the nature of love, gender perceptions and the battle of the sexes.

Written and directed by Blake Edwards, with an unforgettable score by Henry Mancini and Leslie Bricusse, Victor / Victoria tells the story of an out-of-work singer whose life changes when she meets the flamboyant Toddy (Tony Roberts). With his help, she becomes "Victor", an overnight singing sensation in the nightclubs of Paris. But success becomes hilariously complicated when she meets the love of her life, King Marchan, a macho Chicago gangster (Michael Nouri). Adding her two cents to the couple's troubles is Marchan's ex girlfriend, the ditzy Norma Cassidy (Rachel York).

From the electrifying excitement of "Le Jazz Hot" to the contemplative "Crazy World", from the humor of "Chicago, Illinois" to the touching "Almost a Love Song", this truly classic musical has it all.

Reviews for "Victor Victoria: The Broadway "