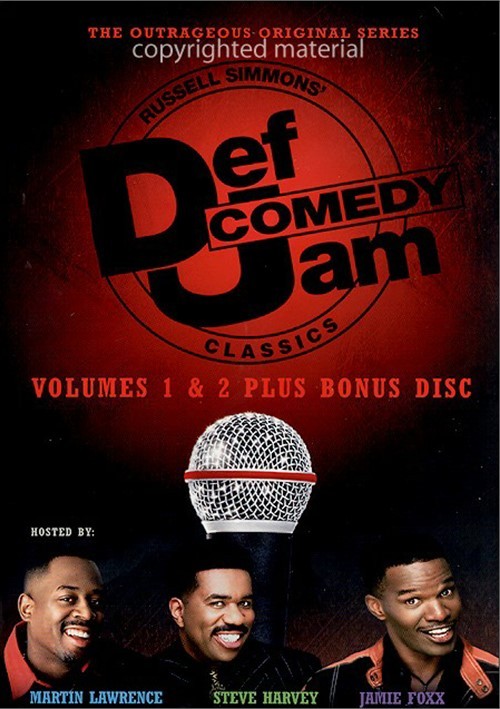 Put your hands together for Def Comedy Jam, Russell Simmons' uproarious stand-up series that made history and launched the careers of today's freshest and funniest comedians! This riotous and rude gift set includes Volumes 1 & 2 of the outrageous original series, plus an exclusive bonus disc. Comedy legends Martin Lawrence, Steve Harvey and Jamie Foxx are the emcees for five episodes of raucous hilarity, with performances from the baddest and boldest comics around!