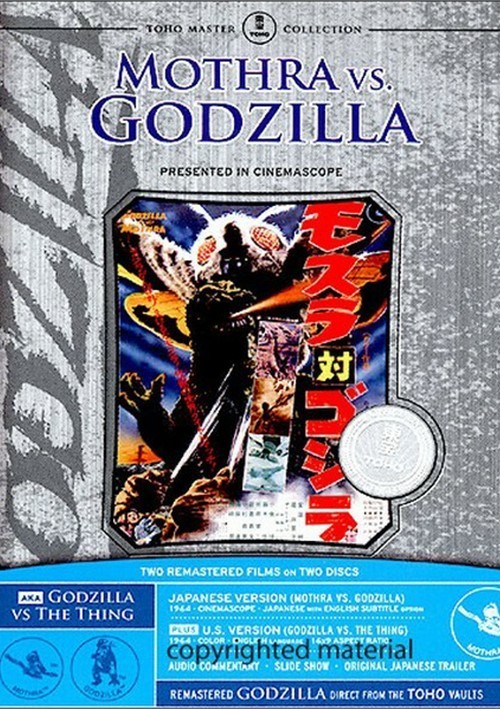 After a fierce typhoon, a mysterious gigantic egg washes ashore. The twin fairies of Infant Island plea for the egg's return to Mothra, its rightful owner, but it's too late - greedy promoters have turned it into an amusement park attraction. Meanwhile Godzilla reawakens and tramples across Japan, heading straight for the big egg. Can Mothra save her offspring from Godzilla? Will Japan survive this epic monster battle?

Directed by Ishiro Honda, Mothra Vs. Godzilla (1964) is widely considered the best of all Godzilla sequels, with an all-star Toho cast and exciting special effects. Classic Media presents the original Japanese-language version with English subtitles in glorious Toho Scope, plus the classic English-dubbed version originally released in the U.S. as Godzilla Vs. The Thing.

Reviews for "Mothra Vs. Godzilla"