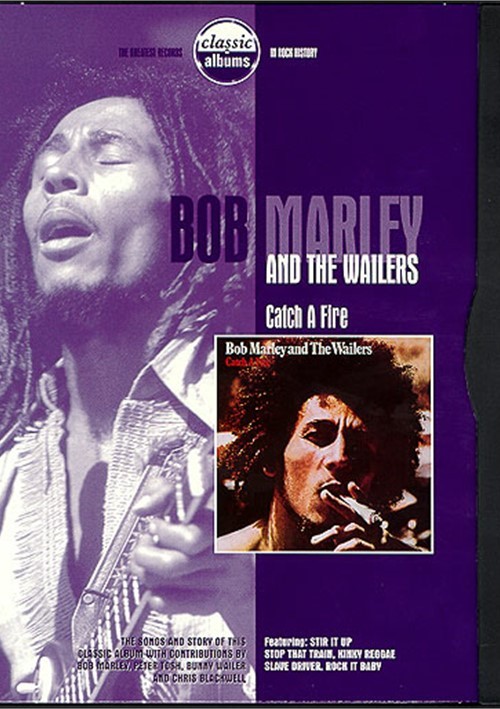 The Wailers, featuring the legendary Bob Marley, Peter Tosh and Bunny Wailer, became the most influential band in the history of reggae music. Catch A Fire, their first Island Records album, released in 1973, introduced them to an international rock audience.

Here the principal figures in the creation of Catch A Fire tell the story of how this record was designed to "cross over". The DVD features a unique interview and performance by Bunny Wailer, rare archival interviews with Bob Marley and Peter Tosh, and contributions from many of those who performed on the record like bass players Familyman Barrett and Robbie Shakespeare, as well as Bob's wife, Rita Marley.

This video shows how the raw 8-track tapes were recorded in Jamaica and then overdubbed in London's Basing Street Studios, supervised by Island Records' boss, Chris Blackwell. With the Wailers' enthusiastic consent, Blackwell brought in white American session players like keyboard player John "Rabbit" Bundrick and guitarist Wayne Perkins to sweeten the sound with overdubs for an international rock audience.

Featuring rare home movies of the Wailers in Jamaica, previously unseen footage, and unique performances of many album tracks such as Stir It Up, Stop That Train and Kinky Reggae this is a documentary that will endlessly fascinate the viewer and is both a genuine tribute to a great supergroup and an insight into a true Reggae Classic Album..