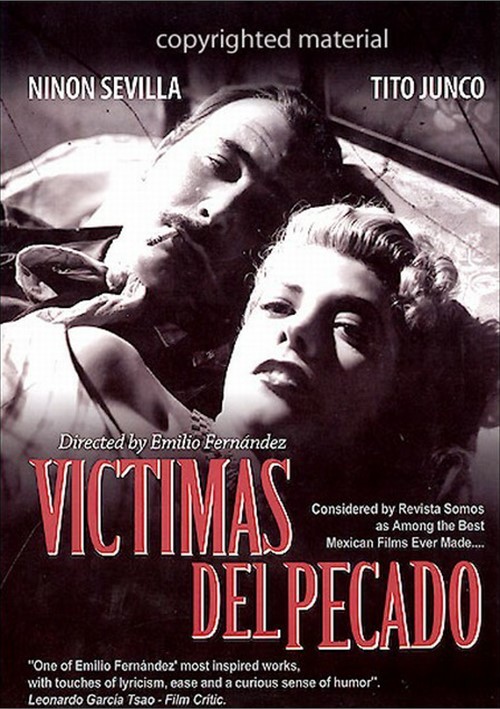 Nominated For The Ariel Award For Best Cinematography

Hailed by critics as one of the best Mexican films ever made, Victimas Del Pecado explores the mysterious, exotic underworld of postwar Mexico City. Violeta (NinÃ³n Sevilla), a beautiful cabaret dancer, rescues an abandoned baby from a garbage can and decides to raise him. Love blossoms unexpectedly when Santiago (Tito Junco) meets Violeta in the red light district and protects her from the perverse pimp that shadows her life. Powerfully told, the story unfolds in the midst of nocturnal ambiance with musical numbers by mambo king DÃ¡maso PÃ©rez Prado and Pedro Vargas, one of Mexico's most popular singers of the era. Featuring the astounding direction of Emilio "Indio" FernÃ¡ndez and the stunning cinematography of Academy AwardÂ® nominee Gabriel Figueroa, Victimas Del Pecado is an international classic.