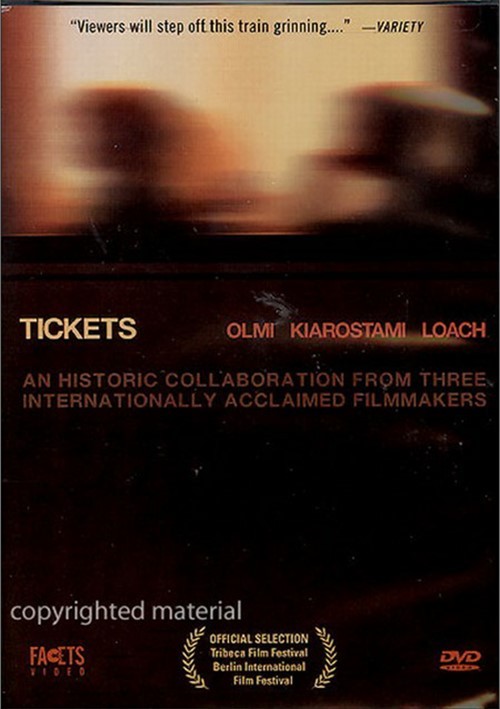 Three of the world's most celebrated directors - Abbas Kiarostami (Taste of Cherry), Ken Loach (The Wind that Shakes the Barley), and Ermanno Olmi (The Tree of Wooden Clogs) - join together to direct a trilogy of interwoven stories set during a train journey from Central Europe to Rome. The characters connect through casual encounters but the stories are related through their themes of social status, the mystery of chance, and sacrifice.

An elderly businessman finds solace and a new insight into life when he meets a younger woman, played by Valeria Bruni Tedeschi (Munich), who arranges his train ticket after his flight is canceled. A young man is torn between an older woman who controls him and a younger one that attracts him. And three Scottish youths on their way to the football match of their dreams are f-rced to open their eyes and see the bigger picture. In each case, the train journey changes the course of the characters' lives.

Kiarostami, Loach, and Olmi - three masters at the top of their game - offer "one of the most satisfying omnibuses in recent memory." (Tim Wong, The Lumiere Reader).