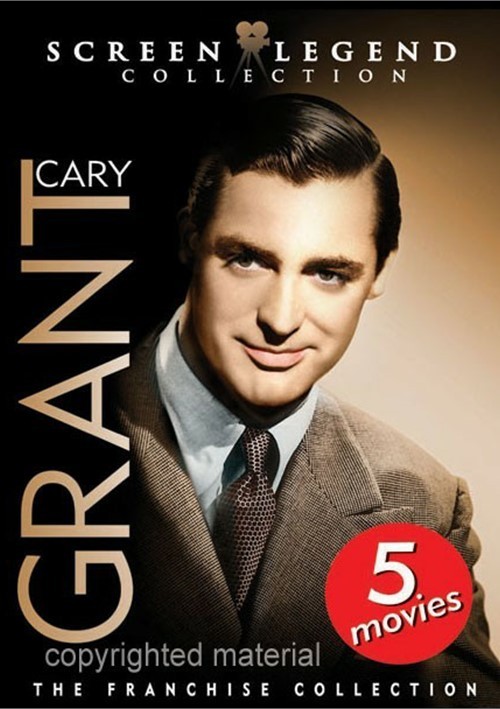 Cary Grant remains one of the most popular and admired leading men of Hollywood's silver screen. Five rare classic films from his early career are captured forever in the Cary Grant: Screen Legend Collection. Featuring co-stars Myrna Loy, Sylvia Sidney, Joan Bennett and Walter Pidgeon, these films showcase the career of a talented, witty and debonair actor who will be remember forever as a true screen legend.

It this rags-to-riches tale, a newspaper publisher (Cary Grant) finds himself falling for a foreign princess (Sylvia Sidney)

Beauty really is only skin deep when a famed beautician (Cary Grant) marries a former client and discovers that her shallow behavior makes his faithful secretary much more attractive.

When an inventor (Cary Grant) is tragically blinded, his courage inspires his aviatrix wife (Myrna Loy) to take on an increasingly dangerous mission in this tale of undying love and devotion.

Two star reporters (Cary Grant and Joan Bennett) find their playful newsroom relationship running out of ink when she becomes engaged to a writer and he is promoted to editor.